Across the pond the lovely Leona Lewis is taking care of the American Billboard Hot 100 for us, but what happened in the Radio One chart yesterday? 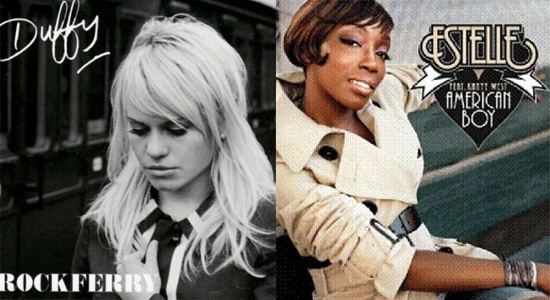 Well, over here we have Estelle at number one for the second week in a row with her awesome collaboration with Kanye, "American Boy". I love that song. Sam Sparro and the ridiculously catchy tune from Madonna ft. Justin Timberlake are also in the top five.

In the album chart Duffy has hung on to number one for a fourth week with her gorgeous album Rockferry, Panic At The Disco came in at number two this week with Pretty. Odd., and Foals takes the number three spot with Antidotes.

For a quick rundown of the top five in each category, just read more