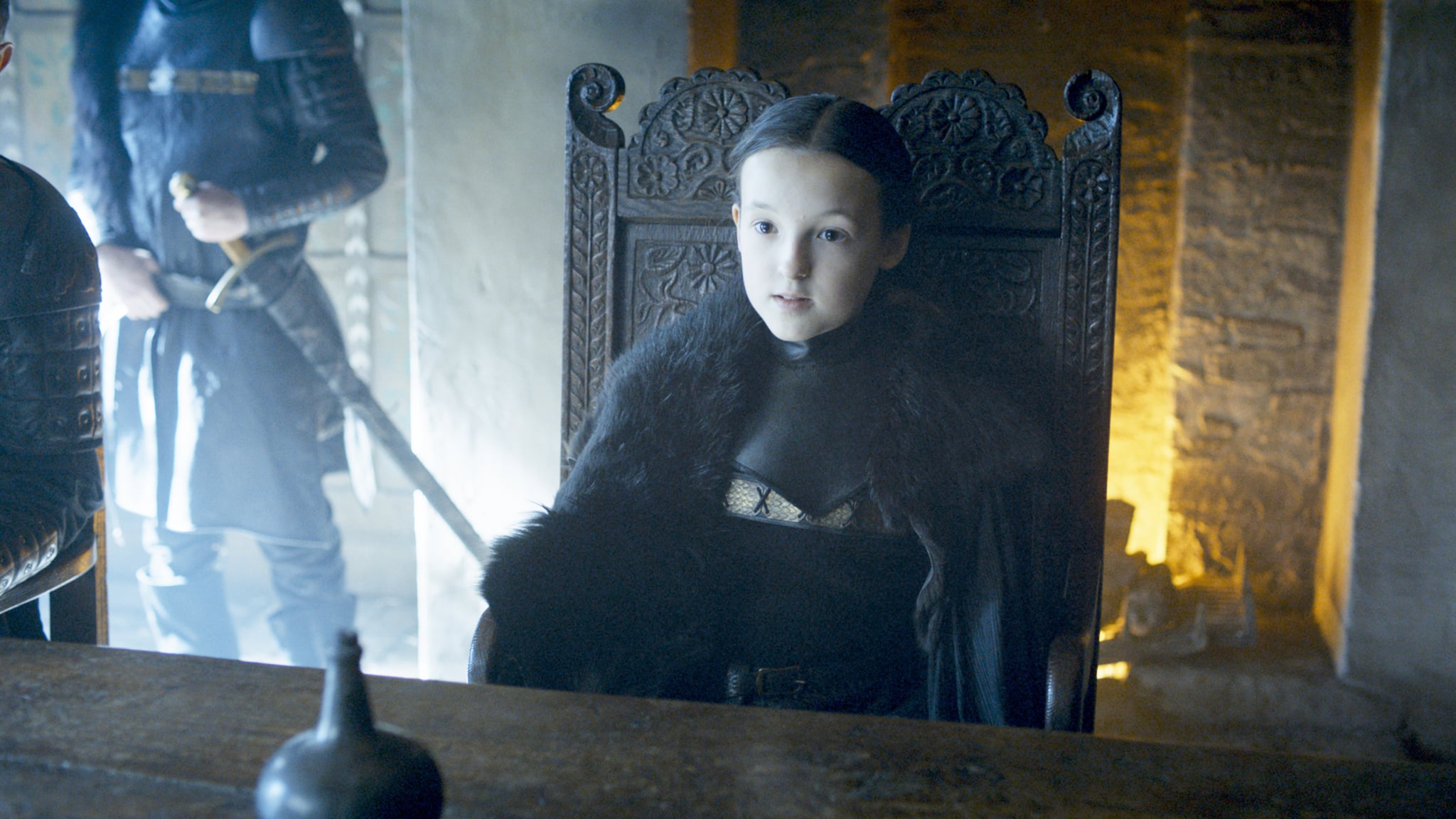 There's always plenty of intrigue to be expected on Game of Thrones, but the latest dramatic plot revelation is completely unexpected! If one convincing theory from YouTuber Alt Shift X proves true, two of the best characters in the series might actually be related — and we're not talking about some Targaryen bloodline nonsense. (Looking at you, Jon Snow.)

According to this theory, two completely unexpected characters from the show might actually be father and daughter. Wildling Tormund Giantsbane, the fan-favourite redhead and Brienne of Tarth's not-so-secret admirer, may have fathered none other than tiny northern badass Lyanna Mormont. If your reaction is "Say whaaaaaat?!," bear with us — literally — because there's a pretty convincing explanation to this connection.

Related:
18 Subtly Important Moments Not to Forget During the Game of Thrones Hiatus

While the idea of Tormund fathering a northern noblewoman might sound absurd at first, the evidence laid out in Alt Shift X's explainer video makes perfect sense. One must consider Tormund and Lyanna's backstories from the A Song of Ice and Fire book series, since each of their origin tales is only skimmed in the HBO show.


His fellow Wildlings reported spying a bald bear roaming the woods with "the queerest pair of cubs" they'd ever seen.

When Tormund is initially introduced, one of his many listed nicknames is "Husband to Bears." There is a notable scene when Tormund explains how he came by this name, though due to his other nickname ("Tall-Talker"), it must be taken with a grain of salt.

In said scene, Tormund boasts to Jon Snow that he once accidentally seduced a bear during an intense snowstorm, believing she was merely a stout, hot-tempered woman. But when he awoke, Tormund was badly scratched up and there was a "she-bear's pelt" lying on the ground. Before long, he claims, his fellow Wildlings reported spying a bald bear roaming the woods with "the queerest pair of cubs" they'd ever seen in tow.

So, how does this relate to Lyanna Mormont? Well, young Lyanna's father is never revealed — and her mother, the respected northern ruler of Bear Island, Lady Maege Mormont, is known in the North as "The She-Bear." Is everything beginning to fall into place now? And not only is Lady Mormont's house sigil a bear . . . but her physical and temperamental description also matches that of the "she-bear" in Tormund's tale. Lady Maege is once described as "stubborn, short-tempered, and willful," which sounds extremely similar to the stout, hot-tempered woman Tormund alludes to.

Furthermore, other evidence from the books suggests that the Mormont women are known for going into the woods and seducing men to father their children. "Mormont women are skin-changers. We turn into bears," one of Maege and Lyanna's female relatives jokes in the books, referring to this rumour.

Plus, before they crossed the Wall into Westeros while fleeing the White Walkers, Wildlings regularly raided Bear Island and were known for "carrying women off." In the free-folks' culture, it is explained to Jon Snow, stealing and bedding a woman constitutes as marriage. If Tormund indeed "carried off" Lady Mormont during one of these Wildling raids, it could even explain a long-term (or ongoing) relationship between the two that resulted in five daughters and some of Tormund's four "strong" sons.

So, could two of our favourite northern characters be secretly related? Only time will tell . . . but we're certainly hoping that somebody sheds light on this connection in season seven of the show! Check out the full explanation in the video above, then read up on our other favourite GOT fan theories.