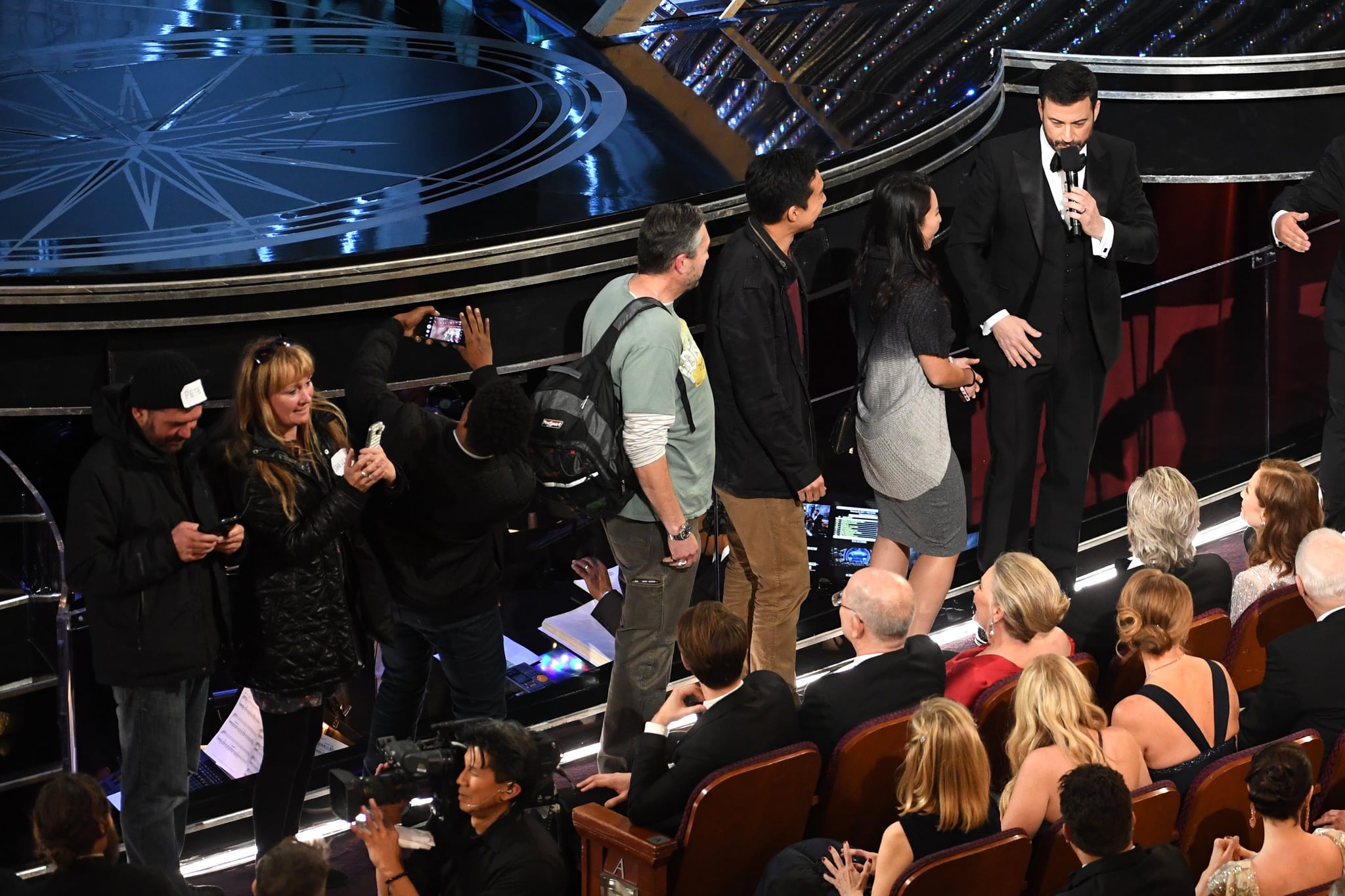 The Academy producers have been attempting to top the viral sensation that was Ellen's Oscars selfie since 2014, and on Sunday night they gave it another try when they brought a group of unsuspecting tourists into the live show. Host Jimmy Kimmel surprised the tour group by walking them directly into the Oscars audience, where they shook hands with nominees like Ryan Gosling and even borrowed sunglasses from presenter Jennifer Aniston. Audiences at home watched the scene on TV with confusion and disbelief, but what was it like for the major stars actually sitting in the crowd? Keith Urban, who was there to support his nominated wife, Nicole Kidman, captured some of the fun on his phone and later shared it to Twitter. Check out his footage below and then relive the unscripted action here.