Some guys get free passes to fool around in the movies, but in Last Night, infidelity takes a more secretive (and realistic?) turn. Keira Knightley and Sam Worthington star as Joanna and Michael, a married couple who have a spat one night over Michael's attractive new coworker (Eva Mendes). Joanna gets jealous, and to make matters worse, Michael embarks on a business trip with his hot associate in tow. While he's away, Joanna bumps into an ex (Guillaume Canet), and the two rekindle the old spark. But will intrigue be enough to make Joanna or Michael cheat? 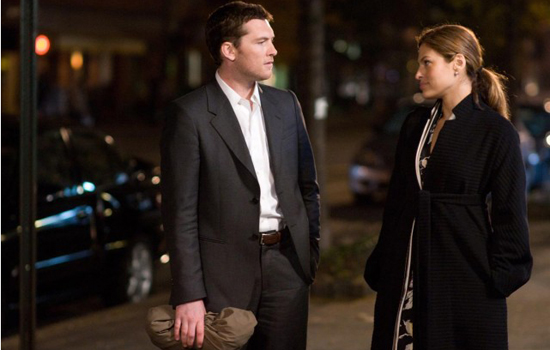 The film seems a bit like a watered-down version of Closer, with one lingering, will-they-or-won't-they look after another. I'm just hoping that the slow-burning chemistry makes the film suspenseful instead of a snooze fest. Watch the trailer and tell me your verdict when you read more.