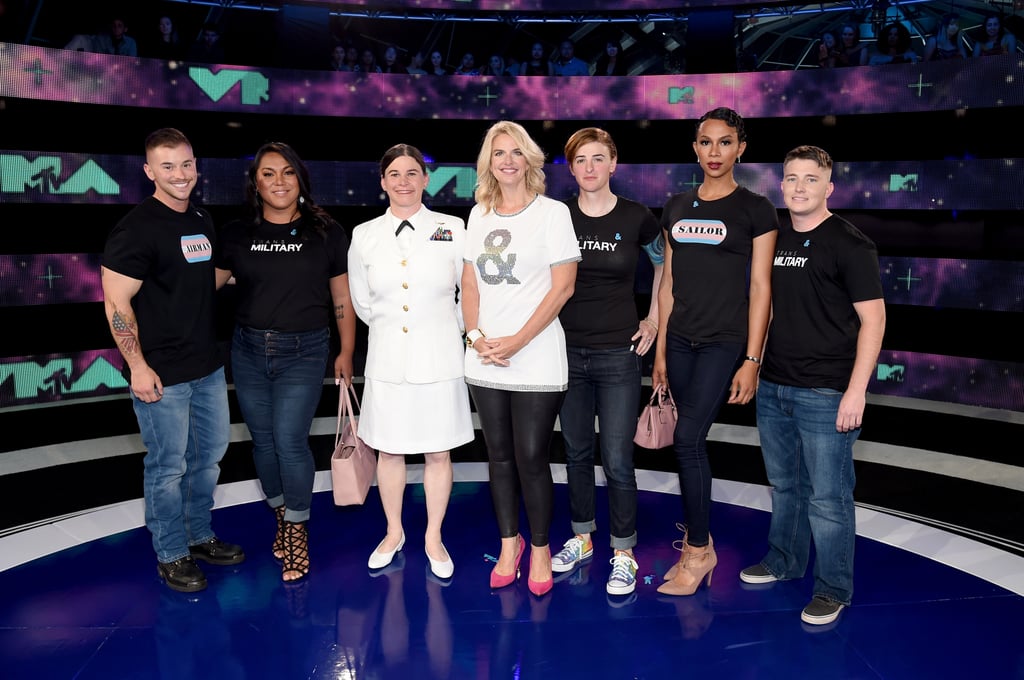 After President Donald Trump officially signed off on his transgender military ban over the weekend, MTV invited a group of transgender service members and veterans to attend Sunday's MTV VMAs. Servicemembers Logan Ireland, Jennifer Peace, Sterling James Crutcher, and Akira Wyatt and veterans Laila Ireland and Brynn Tannehill all hit the blue carpet in California, accompanied by GLAAD representative Sarah Kate Ellis. The group sported shirts with their military positions written on the front and flashed big smiles as they gathered together for photos. "MTV continues to be a pioneer and fierce advocate for the LGBTQ community by giving one of the most visible platforms to voices that need to be heard," Sarah said in a statement prior to the show. Keep reading to see more of their night.

"All we wanna do is be treated like everyone else." Trans active military service members speak out against the #TransBan | #VMAs pic.twitter.com/1N979lTFvV

Identity
For Trans People, What Does the "Perfect Body" Really Mean?
by Devon Preston 5 days ago