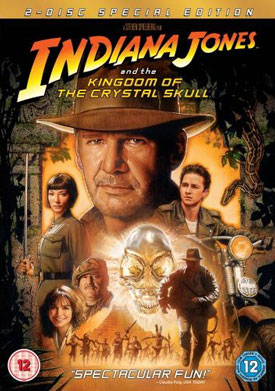 Indiana Jones and the Kingdom of the Crystal Skull was one of the big movie releases this year I was half uber-excited about, and half secretly dreading. As a big fan of the first set of movies, the prospect of a fourth, years later was a little scary. Harrison Ford was 64 years old during filming, and I didn't want the memory of our whip-cracking, snake-fearing hero to be tarnished. As it was I quite enjoyed the movie at the cinema, sure, it wasn't quite the same as the old movies, but it was a fun ride.

On DVD, the experience is slightly different thanks to the obviously changed screen size, but the fun thing about Indiana Jones films is the humour and the fun coursing through the middle of it. Indy gets plenty of jibes about his age, Shia LaBeouf comes along for the ride as leather jacket wearing, motorcycle riding young sidekick Mutt Williams, Cate Blanchett plays the villian, Karen Allen reappears as Marion, and there's a truly bizarre moment involving Shia and a whole load of monkeys.

When you and your family are all talked out over the Christmas period, and you fancy suspending disbelief and curling up for a fun movie, then this family film is a great way to spend a few hours. It was released on DVD earlier this week, so perhaps it's something to inspire your Christmas shopping lists along with our HolidaySugar Gift Guides?

To check out a trailer and a list of special features on the fab 2 disc edition, just read more

There's the usual trailers and galleries, plus a wealth of looks behind the scenes, including: Production Diary: Making of Crystal Skull, Warrior Make-up, The Crystal Skulls, Iconic Props, The Effects of Indy, Adventures in Post Production, Closing: Team Indy, Pre-Visualisation Sequences 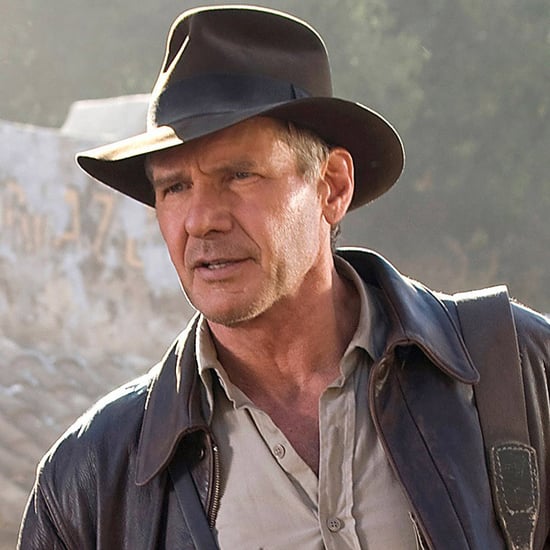 Entertainment News
Here's What We Know About Indiana Jones 5, Including Its New Release Date
by Maggie Panos 11/12/20