If you haven't already booked your tickets for this week's UK opening of The Dark Knight then I urge you to do so, because I'm going to add my voice to the chorus shouting that this film is something special. Just so you know my stance on these movies, I didn't think that Batman Begins was anything more than a competent film, and – though the trailers for this one were fantastic – with the running time at over two and a half hours I was worried it would be patchy. It wasn't. At all. I spent the entire 152 minutes on the edge of my seat, riveted by the thrilling joyride playing out onscreen. 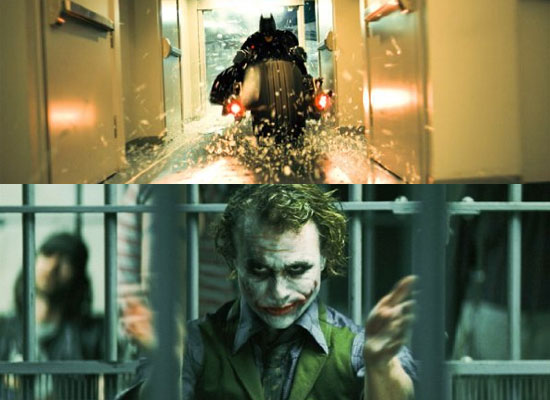 Christopher Nolan has set a darker mood than before – much darker – corruption and evil spreads to many unexpected places, and as the plot weaves beautifully around the handful of complicated lead characters, it gets saturated with the chaos that reflects The Joker's reason for being.

In my opinion there isn't a bad, or even just passable, performance among the lead characters. Aaron Eckhart is a great addition to the cast as Harvey Dent, and his journey epitomises the good vs evil theme that's typical in this kind of film – the good thing about it in this movie is that it's nowhere near clear cut. There's one standout scene between Dent and The Joker which just underscores this beautifully – the struggle between doing what's right or just giving in to everything that's wrong in a desperate moment.

For my thoughts on the rest of the actors, Heath Ledger's dynamic performance and to find out why it gets five stars (and no spoilers, promise!) just read more 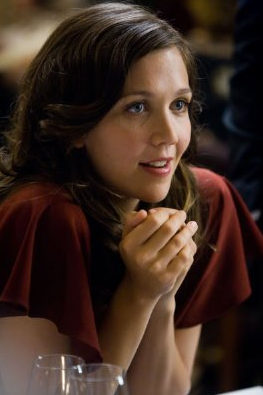 Maggie Gyllenhaal breathes much-needed life into the character of Rachel Dawes, and erases all memories of Katie Holmes' part in 'Begins'. She brings a subtle strength and believability that I sorely missed in Holmes' take on Batman's love interest. Christian Bale is back as Batman, slipping from suave rich guy to his more likable persona with ease and style. Just like last time, a constant highlight is Bruce Wayne's easy rapport with Alfred (played by living legend Michael Caine) whose sarcastic, well-timed humour brings many brief pinpricks of lightness into the dark, dark tone of the movie. The great Gary Oldman and Morgan Freeman also return with their amiable – and key – characters, Lieutenant Gordon and Lucius Fox.

There's one character that holds all the aces in the pack though, and that is The Joker. With a maniacal laugh, a haunting voice and a face you'll never scrub out of your mind, The Joker is a work of villainous art. From the opening heist, then his memorable magic trick with a pencil to the way he constantly tops his previous shocking stunt with another, The Joker is a nervous bundle of energy that delights in bringing chaos to all, including himself. Of course, the man behind the masterpiece – Heath Ledger – is sadly no longer with us. But he has created a character that will live on and on. 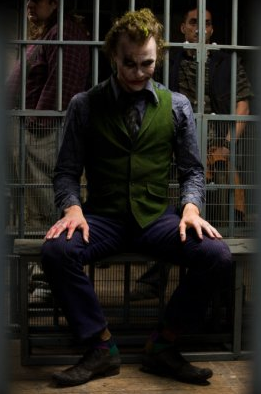 With a flick of his tongue, a roll of his eyes and an intimidating insane intensity you could never imagine coming from a man wearing make-up, Heath absolutely transformed himself for this role. He is The Joker, and any glimmer of recognisable Heath has been erased. He's altered all his attributes – his gait, his laugh, his voice – then added more nervous tics than should be believable (but actually work) to become him. The Joker is the perfect villain, with an ever-changing backstory (depending on how he feels) and a violent hate for plans and order, he sticks two fingers up at our constant search for reasons and meaning behind terrorism and wrongdoing. He's unsettling, he's scary, he's off his rocker and he's absolutely electric to watch.

The script really is fantastic – mixing awesome, memorable lines easily with dark threats and moments of humour within a story that holds every nerve ending in your body in suspense, just waiting for the next twist or turn. The cityscapes Batman flies through are beautiful, the technology and gadgets are fab (the Batbike is awesome), the action, stunts and fights are thrilling and the acting is superb. That's just a few of the reasons I'm giving this movie five stars, as I could wax lyrical about this movie for much longer.

Go and see this film – while The Wackness is still my indie favourite, The Dark Knight is the blockbuster movie of the summer.