Earlier this week Peter Andre appeared on Sky News to promote his upcoming tour, and he was coincidentally booked for the day after his ex-wife Katie Price surprised everyone and married Alex Reid in Las Vegas. Presenter Kay Burley questioned him about his children, and the possibility of them being adopted by Kate's new husband, leading him to become visibly upset as he maintained he'd do anything for his kids. The programme also played a clip of Harvey's dad Dwight Yorke saying Peter would never be Harvey's father. After the live interview Kay then blogged that he'd cried on her shoulder in the green room after the show. Peter's been carrying on his album signings since the show aired. If you didn't see it, watch the clip here and then let me know if you think that this line of questioning was inappropriate. 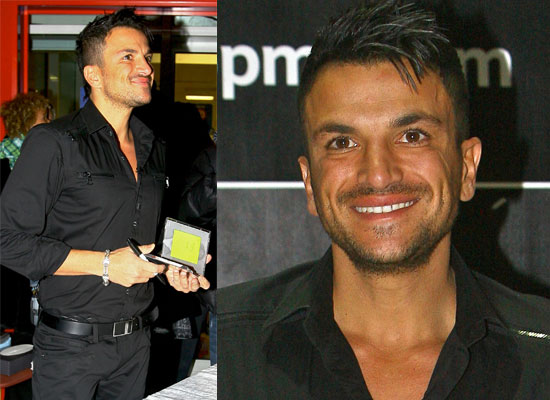