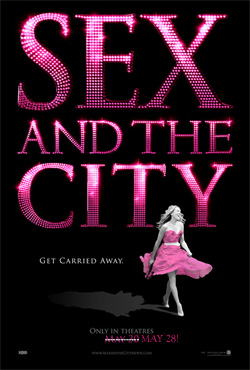 Want some news to brighten up a storm-battered Tuesday? For once, us Brits aren't going to be one step behind our American friends — Sex and the City: The Movie will be released in the UK on 28 May, two whole days before its release date Stateside!

According to IMDb, the UK and Belgium are the first two countries to get the film, while some countries won't get to see it until October (my heart goes out to Japan).

Us Brits might not be the very first movie-goers to see the much-anticipated film though. At the weekend our girl Pop US discovered the movie might be premiered at the Cannes Film Festival. Still, at least we know when we'll be getting it. I can't wait!

To get over-excited, all over again, why not watch the full-length trailer again!