Uma Thurman is the cover star of December's InStyle, and inside the magazine she's interviewed about everything from her relationships to aging, acting and her stalking nightmare. You can read the interview in full in the magazine, but for now, here are some excerpts: 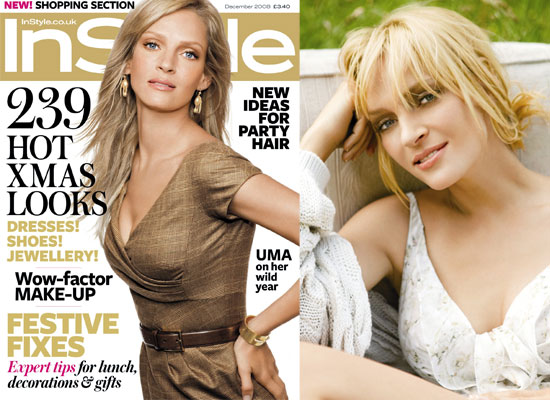 To read more from Uma on her experience with a stalker, children, celebrity and her looks, just read more.

To read more from Uma, pick up the latest InStyle, out now.