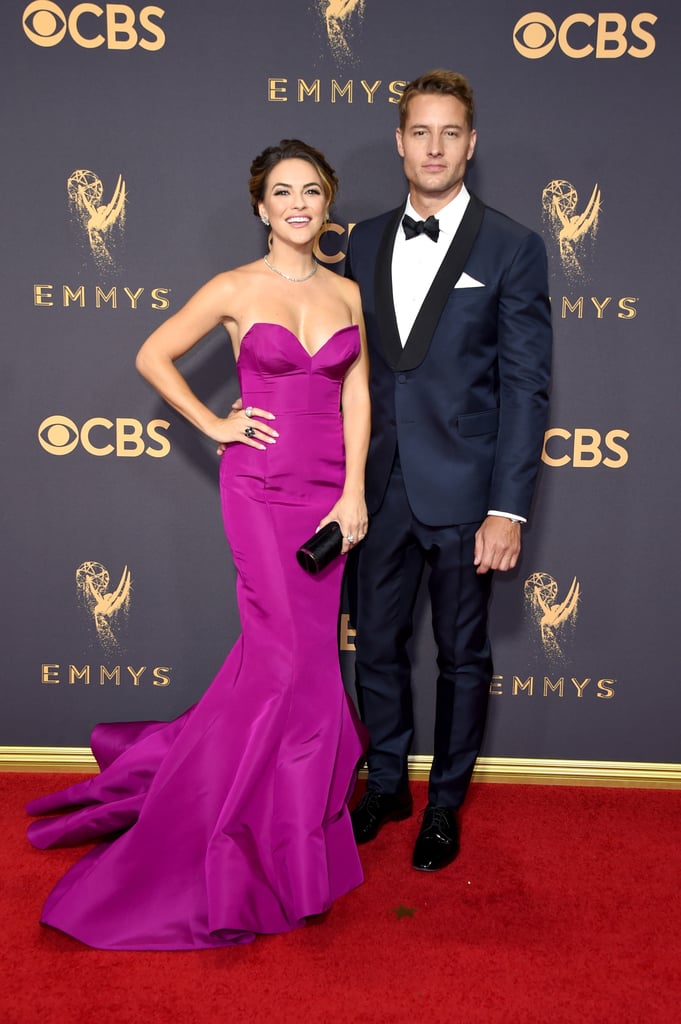 The cast of This Is Us is certainly one good-looking bunch. Ahead of the season two premiere of their hit series, the stars made a gorgeous appearance at the Emmys on Sunday. The actors and actresses made the event a family affair as they posed with their significant others on the red carpet. While Justin Hartley posed with his fiancée, Chrishell Stause, Sterling K. Brown brought along his stunning wife, Ryan Michelle Bathe, who had a guest spot in season one. Plus, Mandy Moore couldn't help but show off her engagement ring as she attended the event with her new fiancé, Taylor Goldsmith.

And the sweet moments only continued inside the event. Aside from snapping a few selfies together in between ad breaks — they were all seated together — Milo Ventimiglia and his onscreen son Sterling shared a heartwarming moment when the latter beat him out for best actor in a drama series, not to mention Sterling's hilarious shout-out to "the best white TV family" he's ever had during his speech. Gosh, we love this cast.