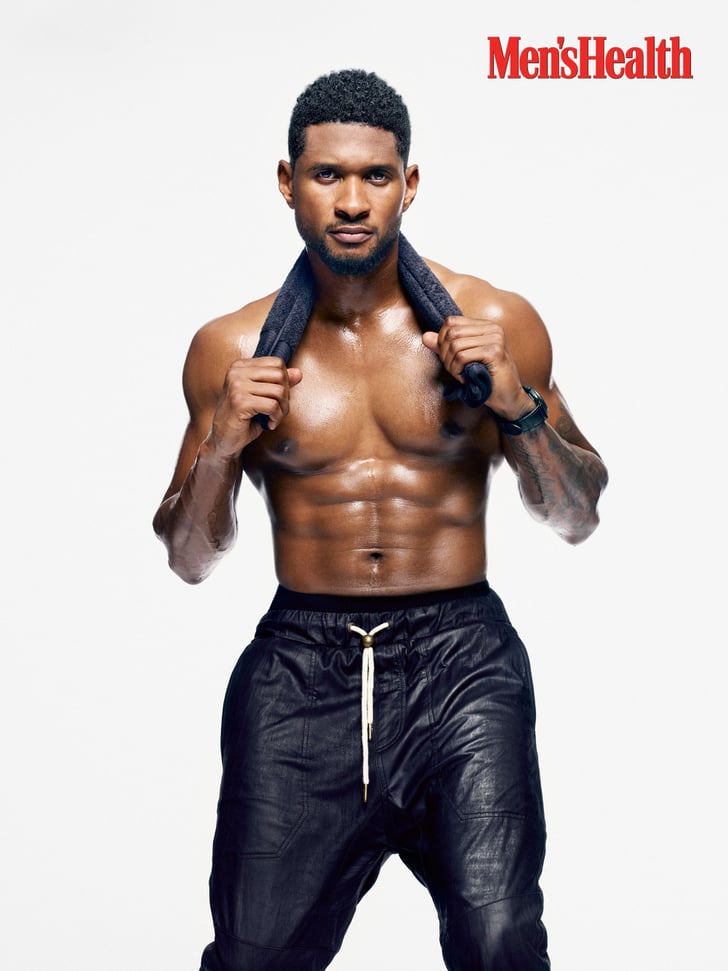 Usher has never been shy about showing off his fit physique or sharing his workout tips, so it makes total sense he appears as the star of November's Men's Health magazine cover. In the issue, which also marks the publication's 25th anniversary, Usher talks about training for his upcoming role as legendary boxer Sugar Ray Leonard in the movie Hands of Stone. It sounds like it came pretty easy to the R&B star and The Voice coach, who said, "I train like an athlete every day, believe it or not." On the similarities between hitting the ring and hitting the stage, Usher mused, "Fighters and dancers train to gain a measure of control over the outcome. If either deviates from his plan, the result is typically ugly." He added, "I think we all reach a point in life where we're not able to listen to common sense. You almost have to fall to get up sometimes." Usher will likely have a lot to celebrate this month, as his Men's Health cover hits newsstands on Oct. 15, just one day after his 35th birthday.