Another VMA has come and gone, leaving some fun performances, a pregnancy announcement, and a few moonmen in its wake. Britney Spears scored the first statue of the night for "Til the World Ends," while Justin Bieber took home the award for best male video. Katy Perry was also one of the night's big winners, taking home her very first VMAs for best collaboration and the night's top honor: video of the year. 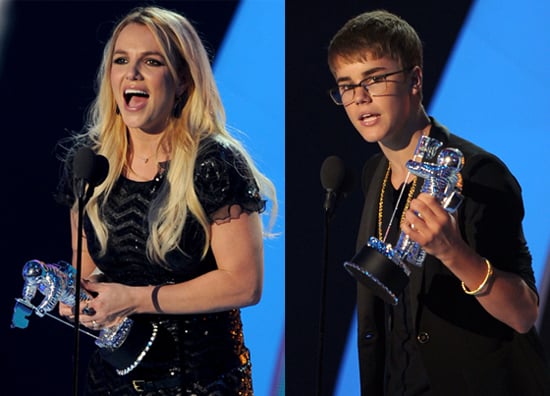 To see who else took home trophies, just read more.

Lorde
Everything We Know About Lorde's Solar Power Album, Including the Potential Release Date
by Chanel Vargas 10 hours ago