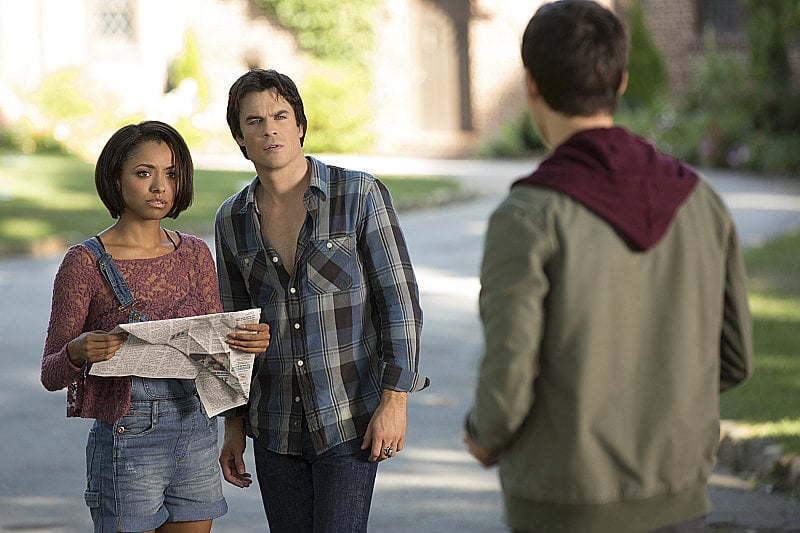 The Vampire Diaries: 8 Exciting Things We Know About Season 7

It has been far too long since a new episode of The Vampire Diaries aired, but we've got some fresh spoilers to stave off your withdrawal! We caught up with the cast, creator Julie Plec, and producer Caroline Dries during a group interview at Comic-Con, and they finally spilled on what to expect from the season seven premiere. If you recall, the season finale killed off a lot — including Elena, for the next 70 years or so. But don't worry! Season seven sounds just as exciting as ever. Read on to find out more about the villains and the romances!