The star-studded Vanity Fair Hollywood issue took a look at the estimated 2010 earnings of 40 of the town's most powerful players and Kristen Stewart, Taylor Lautner, and Robert Pattinson all broke the top 15 with over 25 million each. The Twilight actors beat out other major names like Angelina Jolie, Jennifer Aniston, and Brad Pitt. What's most interesting though, is that among the group, Taylor took the top spot at number 9 with Kristen following at 13 and Rob coming in at 15. They've all taken on other projects since starting the franchise, but we want to know — are you surprised that Taylor beat Rob and Kristen in earnings? 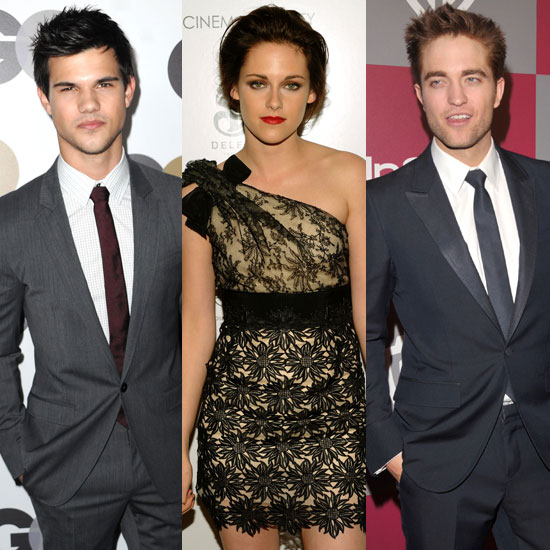