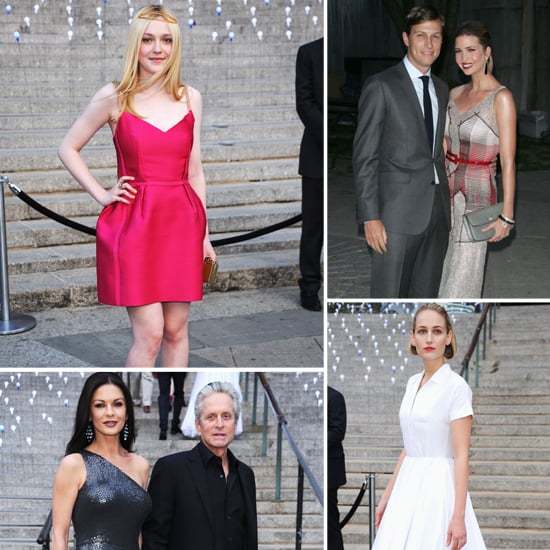 Stars like Dakota Fanning, Leelee Sobieski, and Catherine Zeta-Jones gathered last night to celebrate the start of the Tribeca Film Festival at Vanity Fair's kickoff party. The bash was held at NYC's State Supreme Courthouse and many of the celebs posed for pictures outside before heading in to start the fun with editor in chief Graydon Carter. Leelee, who arrived with her designer husband Adam Kimmel, wore a white gown from Jil Sander. Dakota, one of the festival's judges this year, was pretty in a pink Lanvin. Catherine broke from working on The Bitter Pill to throw on a silver Michael Kors number and let loose alongside husband Michael Douglas. Ivanka Trump and her husband Jared Kushner also popped by to say hello during a date night, when their daughter Arabella stayed home. Today marks the official opening of Robert De Niro's 11-year-old cinema event — check out our roundup of highlights from the Tribeca Film Festival since its inception in 2001.