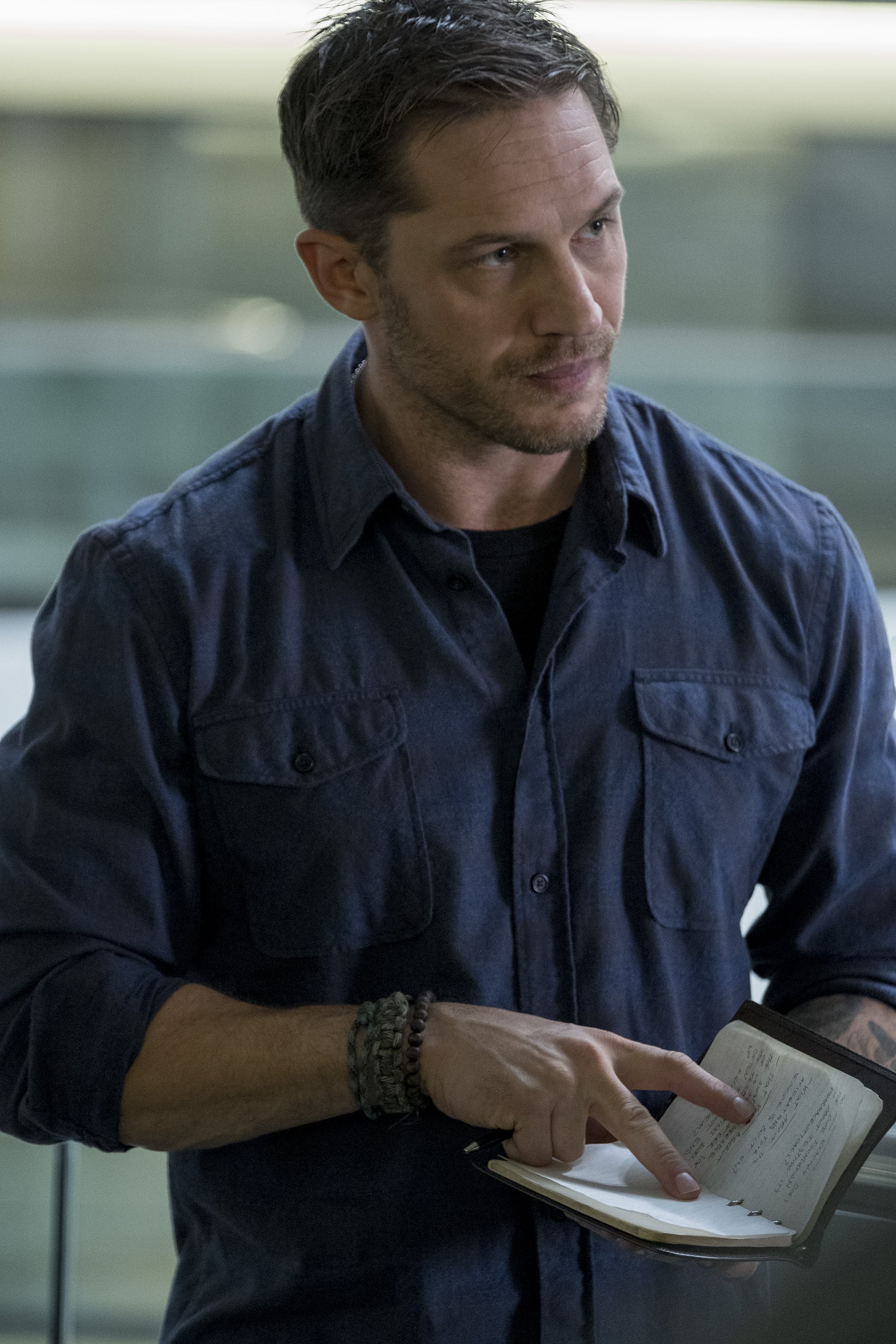 On Thursday, the first official picture from the new antihero film Venom hit the internet. The image itself is relatively tame; Tom Hardy, who's set to play Eddie Brock, is not all decked out in his gooey black Venom suit. Instead, he's in plainclothes and seems to be working as a reporter with some rather pointed questions:

The last question is obscured by Hardy's beautiful, sturdy fingers. My best guess is that it says something along these lines: "That you recruit the most vulnerable of us to volunteer for the tests that more often do not end up . . . ?" Based on the fact that Eddie seems to very much be a normal person, and that he's digging into a shady foundation's dark secrets, it's clear the film will be an origin story.

In the comics, the Life Foundation is a survivalist group that forms amid a growing fear of the Cold War. Basically, they believe this mounting tension could lead to a nuclear holocaust that could destroy the entire human race. To prepare for such a dangerous outcome, the foundation builds doomsday-proof communities as a means of protection.

As a quick refresher on the nature of Venom, the character is known as a "symbiote," an alien organism that basically attaches to a human host and manifests as the icky Spider-Man-like creature we all know. While the Life Foundation isn't responsible for turning Eddie Brock into Venom in the comic books, they do capture Venom and extract five additional "symbiotes" from him. Whether or not the new film will hew closely to this story remains to be determined.