It's been a while since we've seen Alexa Chung, as she's spending her summer hosting It's On with Alexa Chung for MTV in the US at the moment. The live show goes out every weekday with a plethora of celeb guests being invited into "her apartment" for a natter. One of her best friends, Kelly Osbourne, dropped in yesterday to talk about growing up on reality TV, her man Luke Worrall, the real story behind her new short blonde haircut (it wasn't planned) and much more. It doesn't air on UK screens, but check out a peek at Kelly's interview below to get a feel for Alexa's live US TV show, and let me know what you think! 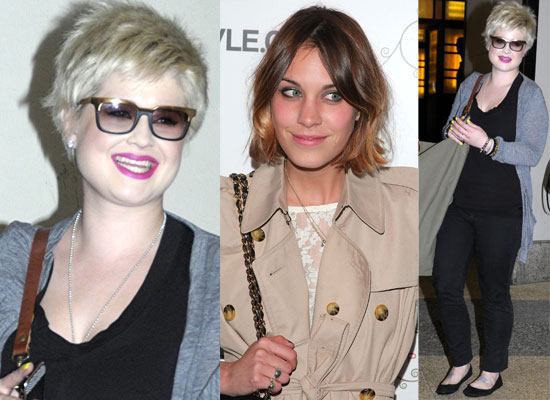 To see the second part of Kelly and Alexa's chat, as well as some more pics of Kelly at the MTV studios, just read more.

Image Source: WENN
It's On With Alexa ChungFierceBooksBuzzKelly OsbourneAlexa Chung