Russell Brand had fun with a water pistol in LA yesterday as he went out to get some vegetarian food with friends in the sunshine. He also showed off his buff arms at a Haiti Benefit as he performed some stand up comedy on a bill that also included Jack Black's Tenacious D. Russell's Forgetting Sarah Marshall costar Jason Segel took to the stage to sing the song from the movie — "Inside of You" — and Russell joined in, ending the song with an enthusiastic kiss with a lot of groping! I wonder how Katy Perry felt about that! 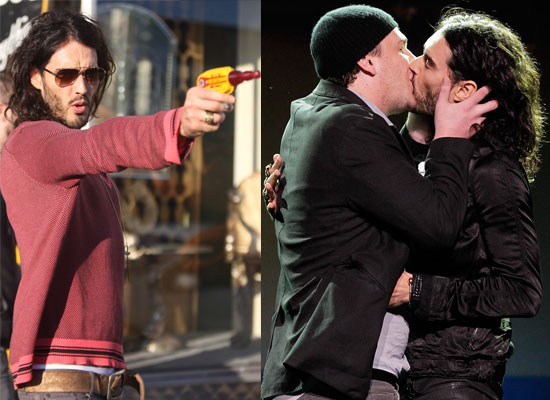 To see more photos, and video of Jason and Russell singing together and snogging at the Haiti gig, just read more.