Victoria Beckham made a cameo on Late Night With Jimmy Fallon in NYC last night to chat all about her pregnancy and her Victoria Beckham Collection. She's been in the Big Apple for the last week prepping for her show during Fashion Week. Victoria broke from the stylish proceedings for a bit, though, to spend Valentine's Day with her husband David Beckham after he flew in from London. She spoke with Jimmy once again about the gender of her and David's fourth child, saying "We have no idea. We might found out though. Either it'll be a boy to add to the three boys we have, and we'll have half of a five-a side football team with David. We've got so much testosterone in our house, it's crazy!" Watch her interview after the jump. 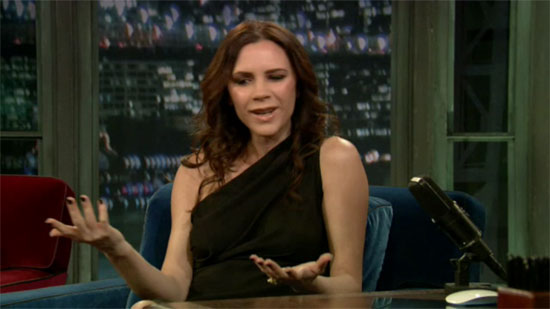