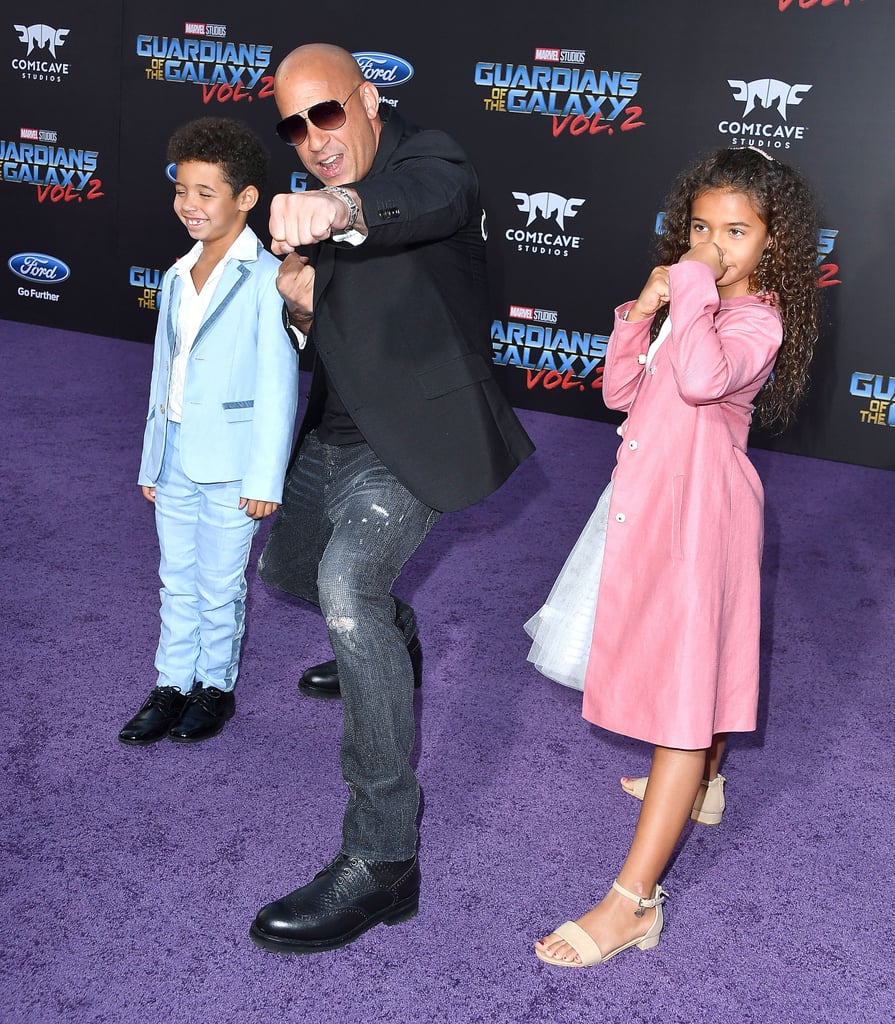 Vin Diesel turned the LA premiere of Guardians of the Galaxy Vol. 2 into a family affair when he stepped out with his kids Hania and Vincent on Wednesday. The Fate of the Furious actor held his children's hands as they walked the red carpet, and the trio struck a couple of silly poses for the cameras. Sadly, his longtime partner, model Paloma Jiménez, and their daughter Pauline were not in attendance, though Vin often shares adorable family moments on Instagram.

It's been a busy month for Vin, what with the premiere of The Fate of the Furious. Not only did the movie have the biggest global box office opening of all time, but it also reignited interest in Vin's rumoured beef with costar Dwayne Johnson. Vin addressed the feud in a recent interview with USA Today, saying, "things may be blown out of proportion" and that "Dwayne Johnson only has one big brother in this film world and that's me."