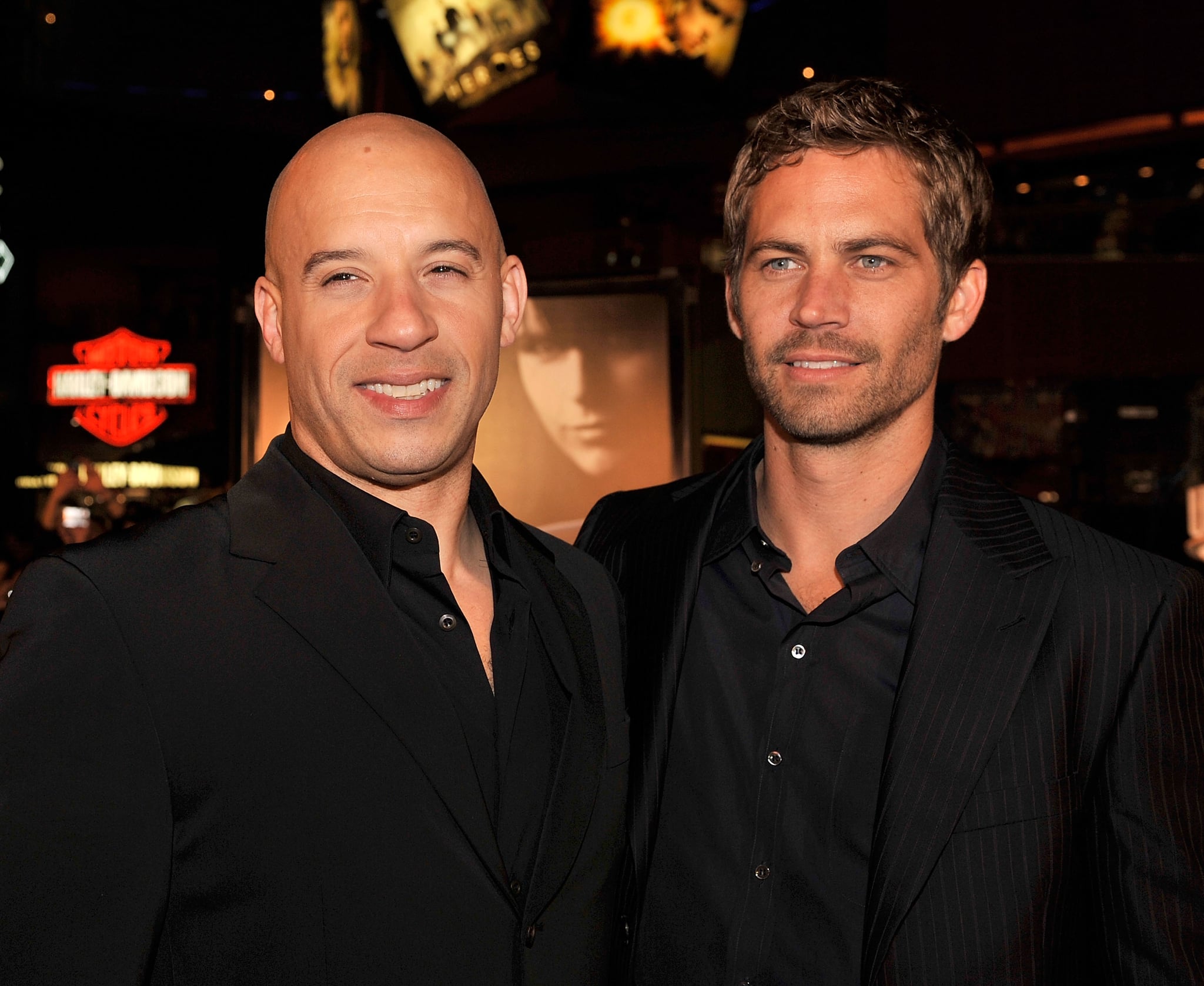 The Fate of the Furious is definitely going to be bittersweet. While we can't wait to see Dwayne Johnson and Kurt Russell join the popular franchise's group when it hits cinemas on April 12, it also marks the first film without the late Paul Walker. During the NYC premiere on Saturday, a few cast members gave a special shout-out to their friend, who tragically died in a car crash in 2013. Ahead of the screening, Vin Diesel took to the stage to detail the great impact Paul, whom he lovingly calls "Pablo," had on the cast and the franchise as a whole. "I just want you to know, there wasn't a second we made this movie, not a minute . . . not a day that went by that we weren't thinking about our brother Pablo and how to bring him into the movie and how to represent him and to make something that he will be proud of," he said. "Pablo, I hope you are proud tonight."

Michelle Rodriguez echoed those same sentiments on the red carpet, saying it was incredibly difficult filming without him. "I think that's a big reason why we went dark on this one and why it's not all fun and games," she said. "But at the end of the day, the big picture of it all is that this has become a global monster that's kind of letting in the 99 percent through the backdoor into Hollywood that never really created anything for them in the action-movie realm." She added, "It was hard to move on without him. He is the essence of why we were excited to come on board because he kept that childhood excitement about that realm and following through in what we were doing. He's a big part of the family, but at the end of the day, we have a big responsibility, and it's a global one so we gotta keep on trucking."

Unstoppable
Sandra Oh Delivers a Poignant Speech at #StopAsianHate Rally: "I Am Proud to Be Asian"
by Monica Sisavat 4 weeks ago