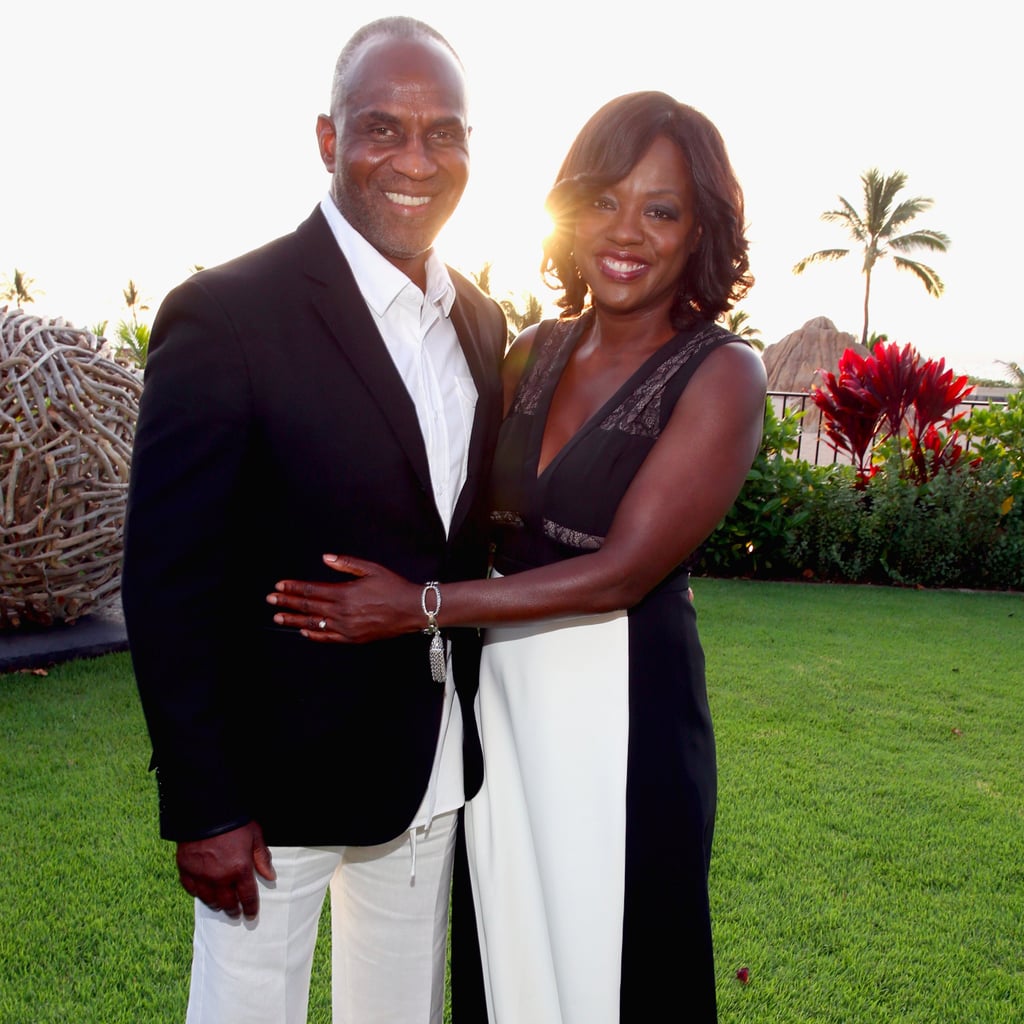 Viola Davis took home the SAG Award for best supporting actress on Sunday night, and the phenomenal Fences and How to Get Away With Murder star had her biggest fan by her side: her husband, Julius Tennon. Viola and Julius, a theatre veteran and TV actor, met on the set of City of Angels in 1999, just weeks after Viola prayed for a husband. "I was the loneliest woman in the world, and someone said, 'You should just pray for a husband,'" she told Page Six. "I said I wanted a big black man from the South who looked like a football player, who already had children, who maybe had been married before. Three and a half weeks later, I met my husband." The couple tied the knot in 2003 and recently renewed their vows with a star-studded second wedding ceremony; they share a daughter, Genesis, who they adopted as a newborn in 2011, as well as Julius's two sons from a previous relationship.

They have quickly become one of our favourite Hollywood couples to watch. The way Julius looks at Viola warms our hearts, and they seem to not just love each other to pieces, but really respect and value each other, too. They also dial their red carpet appearances up a notch by colour-coordinating their outfits, which is just adorable. So far in 2017, Viola has made history by becoming the first black actress to be nominated for three Oscars and the first black actress to win five SAG Awards. But Julius, while obviously thrilled for his wife, is no slouch; he was admitted to the University of Tulsa on a full football scholarship and the first African American to graduate from its theatre department. He's also starred on the small screen in Criminal Minds and ER and works with Viola as a copartner on their production company, JuVee Productions. We're taking a look at the cutest photos from Julius and Viola's 16-year relationship — look through to see them all now (seriously, how cute are their matching outfits?).