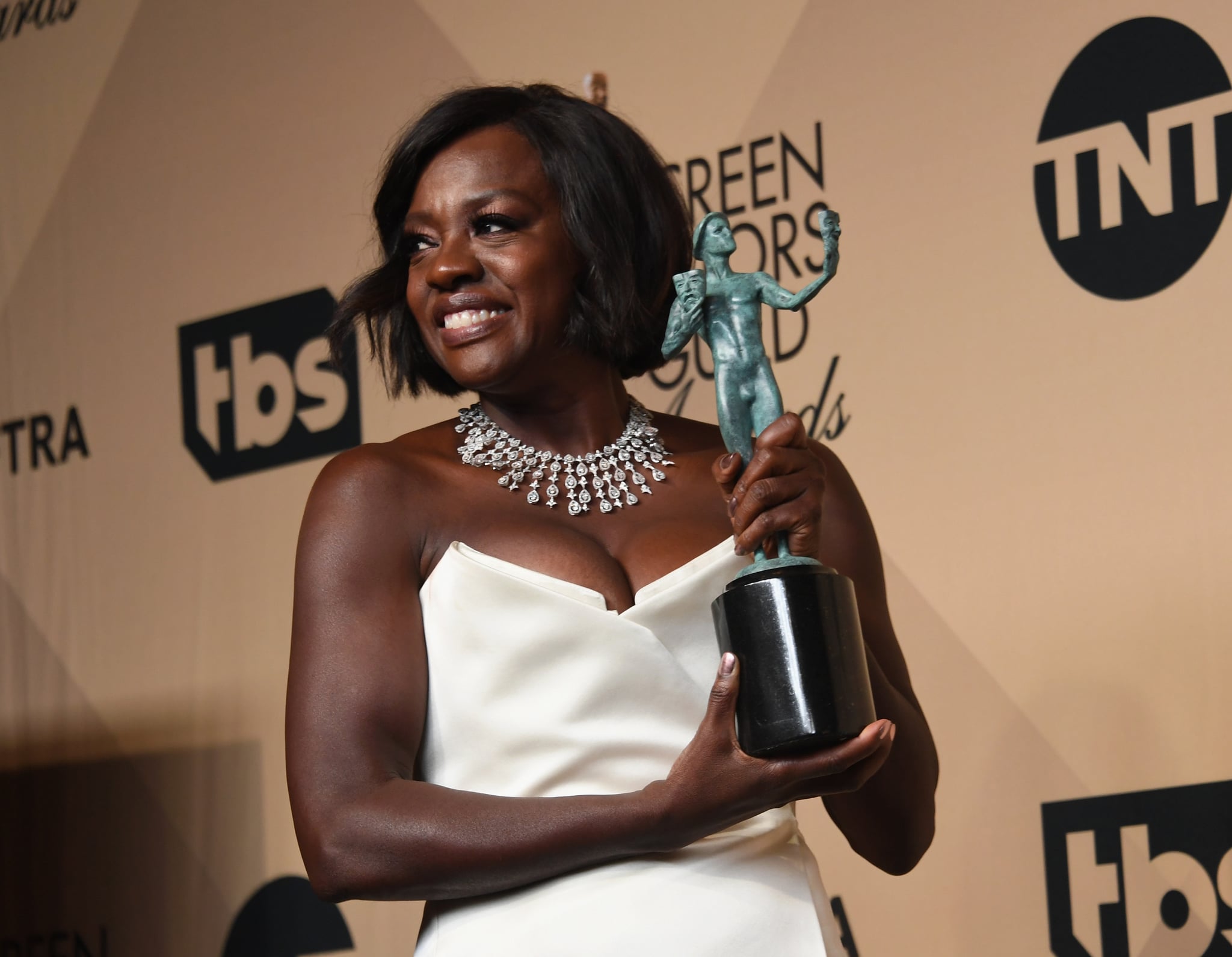 Viola Davis just can't seem to stop breaking records. After becoming the first black actress to earn three Oscar nods, she also became the first black actress to win a total of five SAG Awards. After giving an empowering acceptance speech on stage, Davis offered even more wisdom during her Q&A in the press room. One journalist asked if the diverse list of Oscar nominations might be a direct result of last year's #OscarSoWhite controversy, but she thinks every nod was well earned and hopes this all is part of a greater movement toward much-deserved inclusion in Hollywood.

"I think that every nominee — from Naomie Harris to Octavia Spencer to Hidden Figures to Fences to Moonlight to Mahershala Ali — [is] there because they deserve to be there. They're not there because of the colour of their skin. They've put in the work. So, the answer to that is no. And, you know, my response from here on out, I always use the three — my husband knows this — I always use the three words, like Feb. 27 is going to come: 'And now what?' Is it just a trend to talk about inclusion (and I'd rather say inclusion than diversity)? Or is it going to be a norm? That we understand that we're all a part of the narrative, that all of our stories deserve to be told? Art indeed has to reflect life and our culture, and people are going to demand it. That's where we're at. We're not The Brady Bunch anymore. We're Black-ish, we're Fresh Off the Boat. You know, we're Jane the Virgin. You know, we're Stranger Things. We're a hodgepodge of culture and races and sexes and sexualities."