The shortlist of nominees for the BAFTA Orange Wednesday Rising Star Award has just been announced today and includes four of Britain's brightest acting talents and one fantastic American. Gemma Arterton, Andrew Garfield, Tom Hardy, Aaron Johnson and Emma Stone have made it through, and the winner will be announced at the BAFTAs in February. This is an award voted for by the public, so vote at the official site now and let me know who you'd like to see win in the poll below! 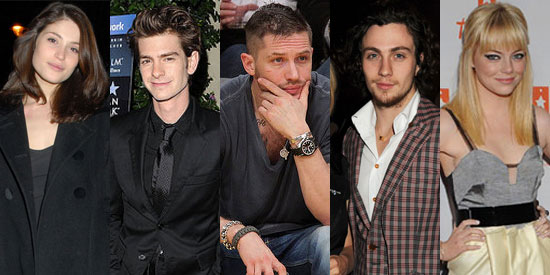