In the past 48 hours the writers voted overwhelmingly to end to the three-month-old writers' strike. Writers should be able to go back to work on Wednesday, and the Oscars will be going ahead as scheduled, thanks to a massive 92.5 percent of the Writers Guild of America members voting to stop the strike immediately. 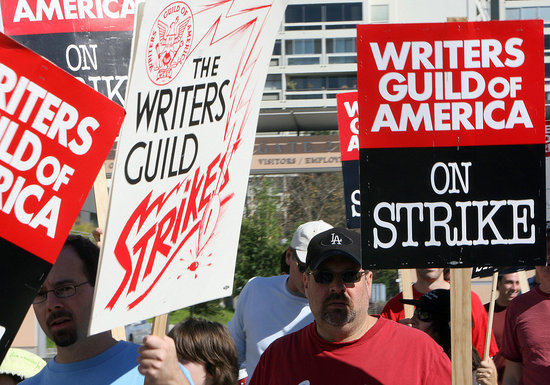 The WGA president's statement can be found here, and Buzz has more on what's next. The TV studios will now have to decide which shows will be able to resume their shooting schedules, although it will mean that most shows imported to the UK from the US will have shorter seasons this time round.