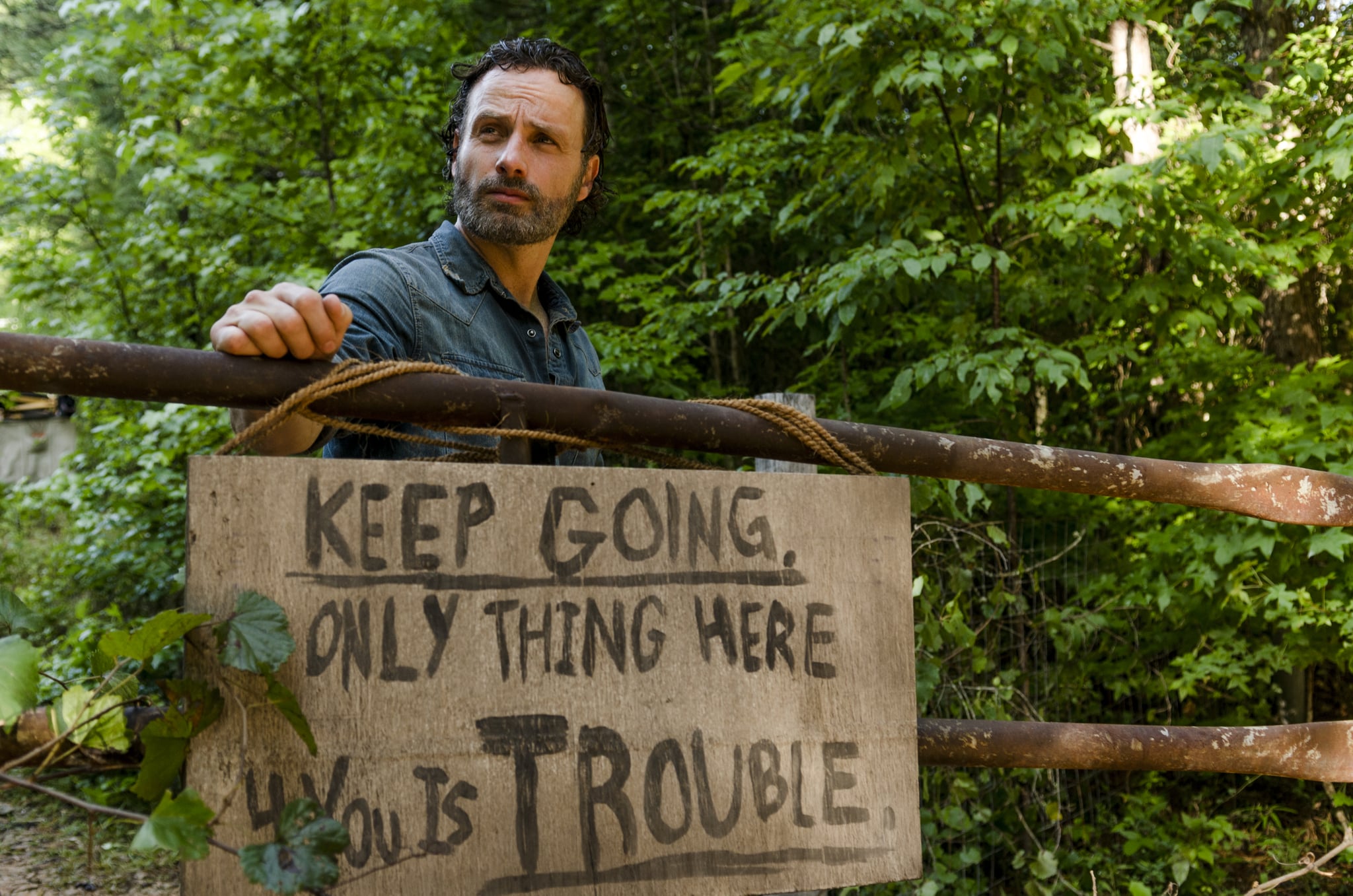 Spoilers for season seven below!

It was during The Walking Dead's season seven episode "Swear" that I finally realised I'd been played. Six episodes into a season that started off with a much-hyped, stomach-churning explosion of blood and brain matter, and the show was still no closer to moving the plot forward in any major way. As a longtime fan of the AMC hit, I know complaints about its slow pacing are nothing new. Every season but the first drags by the time it reaches its middle, typically bogged down by mind-numbing, monotonous exposition that serves no one but the writers desperately trying to find something to fill TWD's 40 minutes. Still, it's hard not to feel cheated by the first half of season seven, which was essentially an eight-episode experiment in lush but meaningless filler. Is it about money? A disconnect in the show's creative vision? Worries that they'll run out of story?

In this line of thinking I'm not alone. As Vulture recently pointed out, a noticeable chunk of the show's massive audience has actually stopped watching, and ratings for this season's midseason finale were down nearly 20 percent. If there were ever a time to worry that TWD was dropping the ball, it's now. In the show's mission to make Negan the most visible threat to Alexandria, TWD let its hordes of terrifying walkers fall by the wayside as nothing more than mildly annoying supporting characters with skulls that have apparently grown so soft that Rick and the rest of his group need only butter knives to defend themselves. The walker lake sequence in "Hearts Still Beating" was the first real, anxiety-inducing moment with zombies since season six, proving that the show has officially lost its stakes. There is no real existential danger when the Saviors are nothing more than an oppressive neighbouring state.

With the second half of the season slated to premiere in mid-Feb, there's hope that the show will get back on track. There's no reason that TWD won't be able to lure its fanbase back with explosive new episodes. There's a war coming, after all, and we have a lot to look forward to. If the show plays its cards right, the next batch of episodes might be the best yet. Here are two big things that we have to look forward to.

As we saw in season seven's midseason finale, Rick's confidence and taste for justice is rejuvenated after Negan kills Spencer Monroe and takes Eugene captive. He and the rest of the Alexandria crew meet back up with Maggie at Hilltop, and as we saw in the preview for episode nine, Rick travels to Ezekiel's Kingdom to presumably convince them to unite against Negan. In the comics, Rick and company end up facing off against the Saviors in a series of attacks known as "All Out War." The storyline includes brutal battles between the warring communities and the eventual capture and imprisonment of Negan, which effectively ends the war.

Thanks to the comic books and a not-so-subtle hint on the show's official Instagram, it looks like the Whisperers will make an appearance at some point. This group of survivors covers themselves in the skin of walkers, leaving them completely undetected by the zombies and also incredibly hard to spot by other humans. Their leader, Alpha, is also in the habit of impaling the heads of her victims on spikes (which is why TWD's Instagram photo got people talking). Since the Whisperers don't show up until Issue #130 of the books (Glenn's death happens in Issue #100, to put it into perspective) it seems more than likely that we won't get a glimpse of them until possibly the season seven finale. For now, this threat will just have to menacingly loom on the horizon.