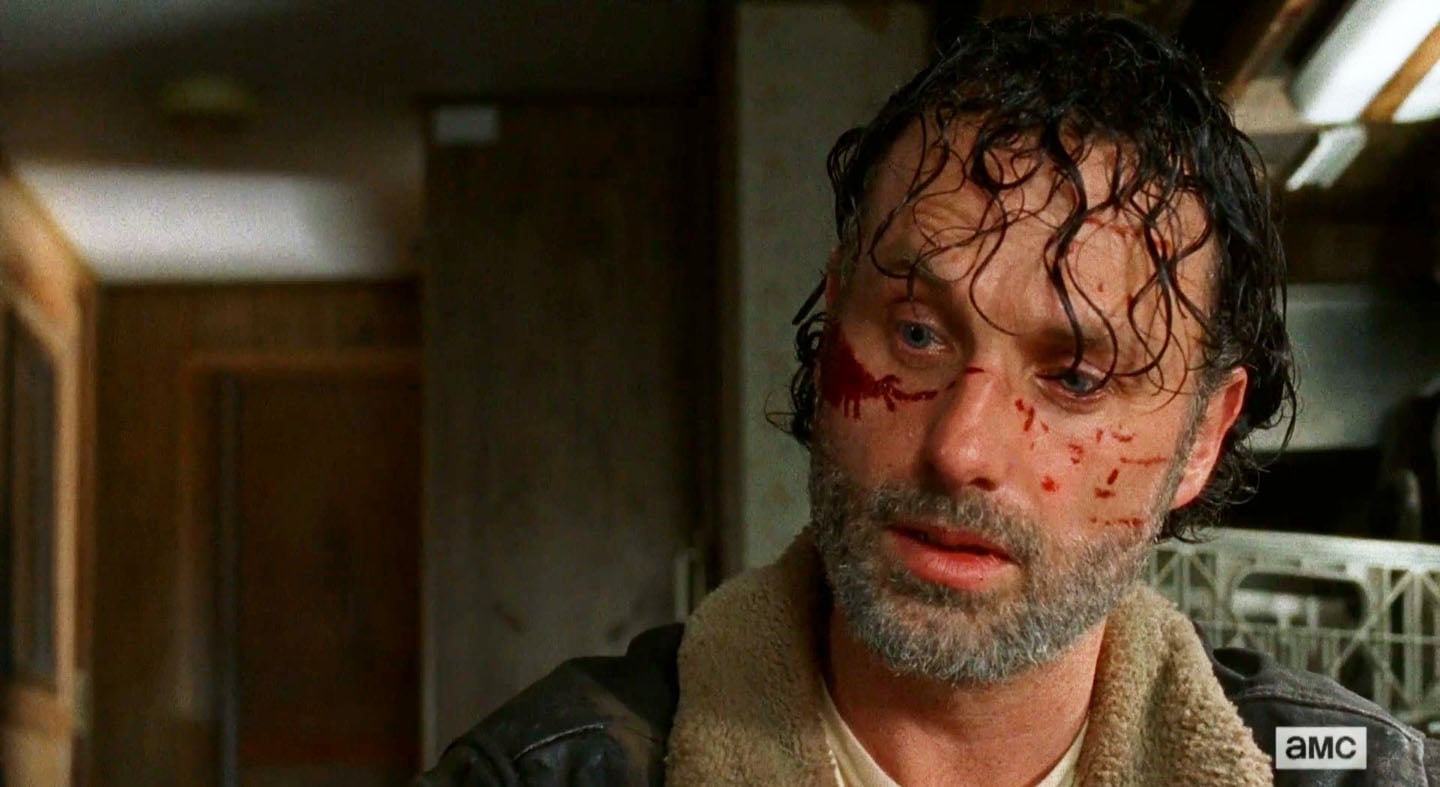 While The Walking Dead has been sticking close to the comic books when it comes to the show's overarching story, the TV series has deviated in a number of smaller ways. In the comics, Abe is the one who dies by way of arrow to the eye (not Denise), baby Judith dies with Lori, and Rick is down one hand. In issue #28, the Governor cuts off Rick's right hand, showing him that he's not messing around. While Andrew Lincoln has campaigned to have TV Rick lose his hand in accordance with the books, the writers aren't having it; in 2015, showrunner Scott M. Gimple told The Hollywood Reporter that Rick's hand is definitively safe. 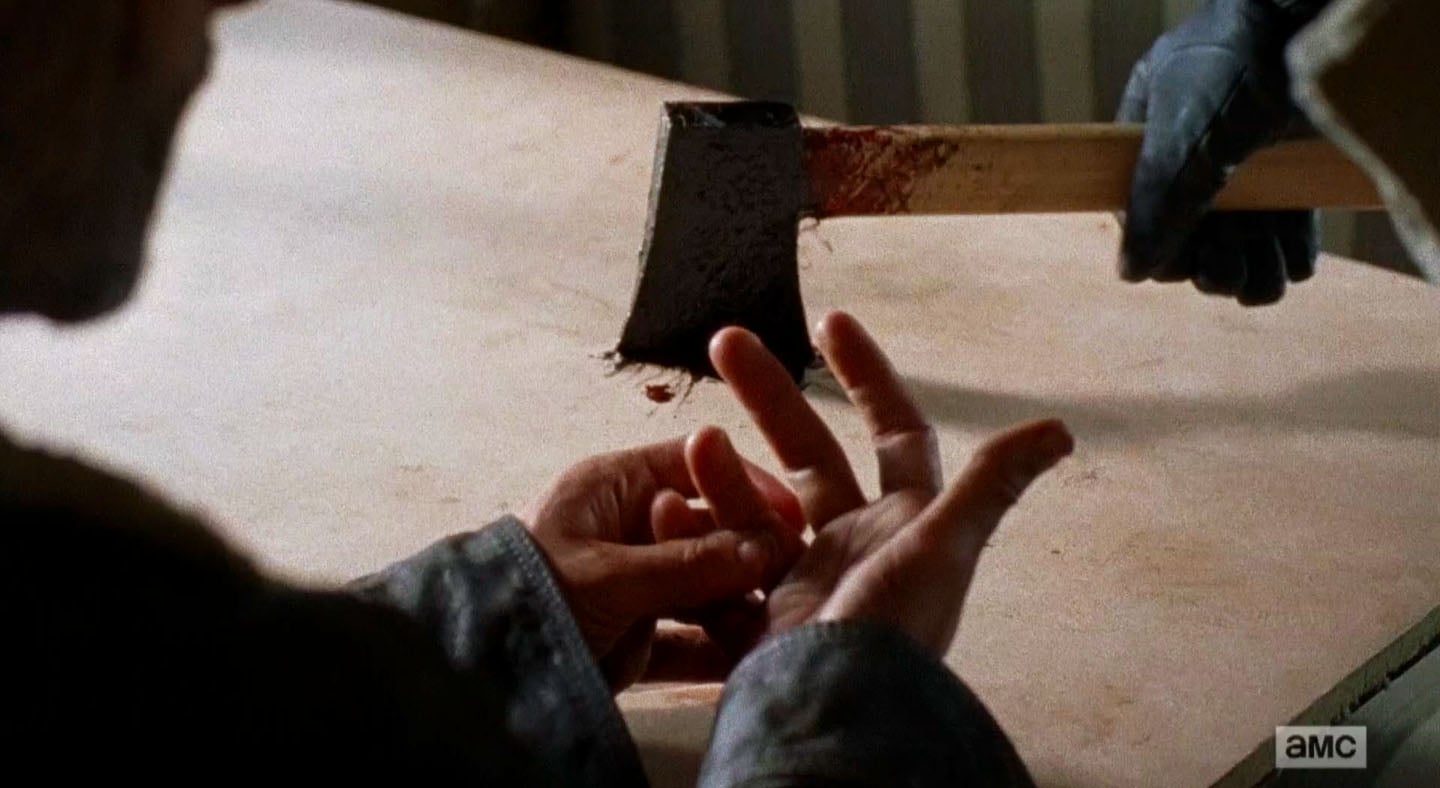 Still, the sequence from the premiere with Rick and Negan in the trailer? That has to be a nod to the famous storyline. Negan is pacing around, cleaning the axe with alcohol, while Rick's hands tremble on the table. Later, we find out that he's cleaning the axe so that he can threaten Rick to cut off Carl's hand, but it seems like an obvious nod. I, for one, was thoroughly convinced he would go through with making Rick cut off Carl's hand, thus passing the lost-hand storyline down from father to son. Luckily, Carl's hand is safe for now.

For your reference (and nightmares), here's a look at the moment Rick loses his hand in the books: 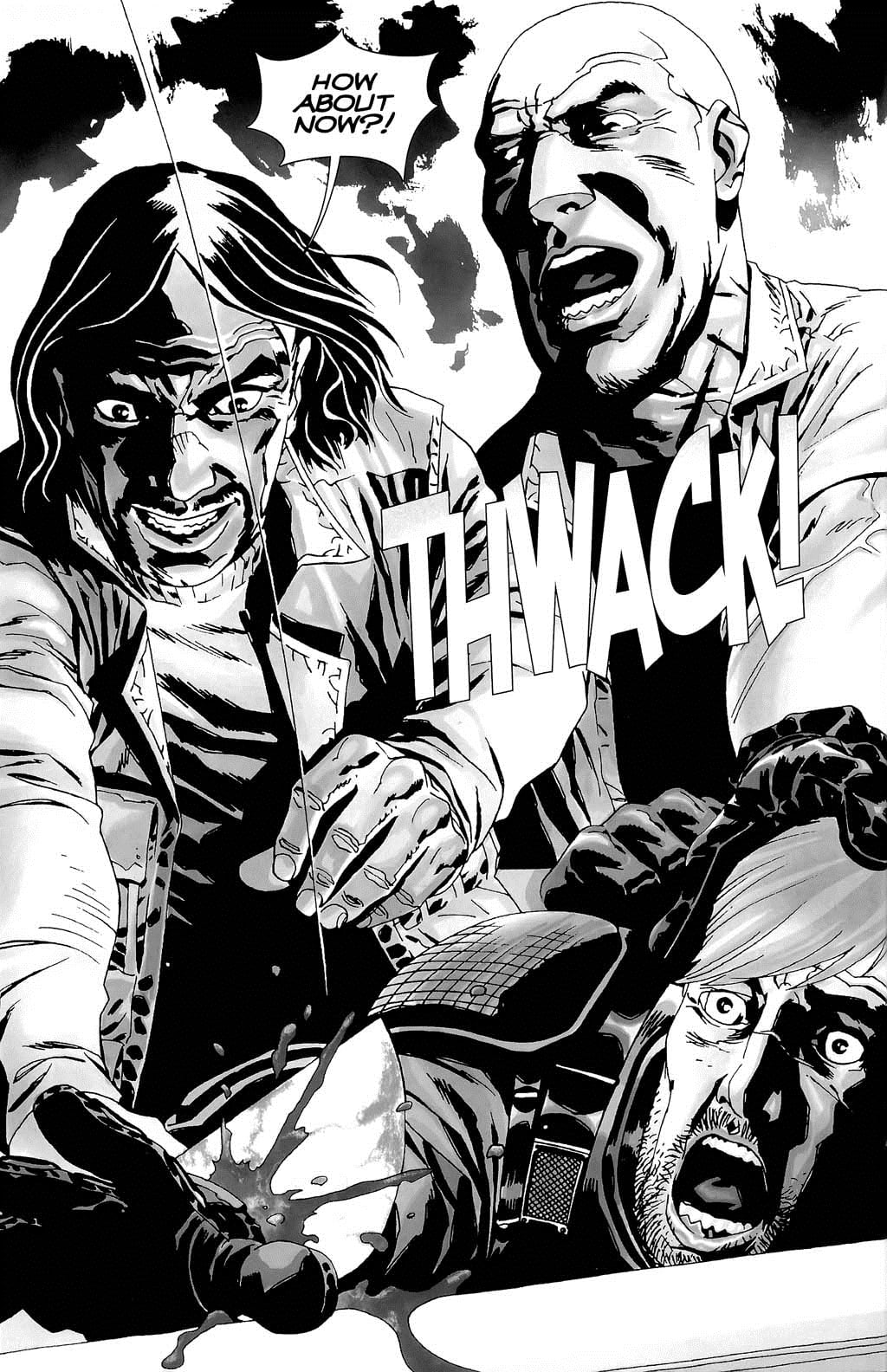