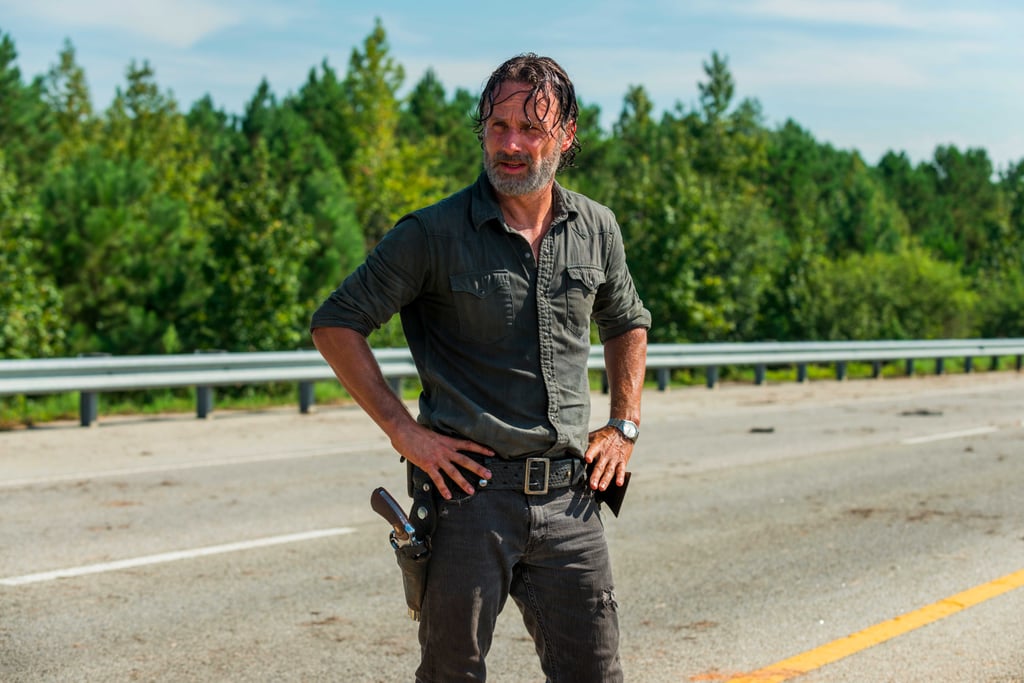 Holy Sh*t: The Walking Dead Is Definitely Prepping For "All Out War" With Negan

Were you feeling bored by all the single-story nonsense during The Walking Dead's Autumn slate? Well, we have some potentially exciting news. By now, you probably know that the seventh season's remaining episodes will begin airing in February. This week, new images and a synopsis from AMC came forth to suggest that we're finally going to get some action. If you're familiar with what happens to Negan in the comics, you'll know this means one thing: it's time for war.

According to AMC's official synopsis, Rick and the crew are "preparing for war and gathering the supplies and numbers to take Negan down once and for all." Rick and Alexandria, of course, will "need the numbers of the Kingdom and the Hilltop," meaning we could see the various communities converge into one massive army before the season's end. The summary also teases that we're in for "treachery from people we trust," but we are indeed heading for "all-out war with Negan and his army." It sure sounds like things are about to get dicey, but we won't know for sure what we're in for until the premiere. In the meantime, check out the first pictures of the new episodes ahead.