Cheryl Cole was full of smiles as she arrived at the BBC Radio One Live Lounge Studio in Maida Vale yesterday. She performed "Parachute" as well as her version of Owl City's "Fireflies": watch both after the jump. She was on trend in a leather gilet and removed her Loutboutin heels to sing. A hungover Cheryl chatted with new brunette Fearne Cotton about the US version of The X Factor, which she said she'd love to do but hasn't been asked by Simon yet. She also revealed how excited she is to tour with the Black Eyed Peas in May, and sang will.i.am's praises, saying she'd happily work with him for the rest of her career. 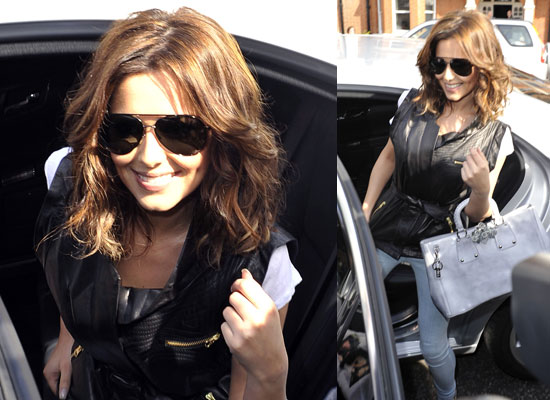