Katie Price wore a military jacket as she left the May Fair Hotel in London with Princess Tiaamii yesterday, while Peter Andre was spotted looking smart as his left his home in Hove. The former couple are at loggerheads once more, following Kate's appearance on The Graham Norton Show: watch Kate talk about being intimate with Alex's alter-ego Roxanne after the jump. Peter is reportedly taking legal action following Kate's claims on the show that he had a fling with their manager Claire Powell. The comments were cut from the show, but Kate has now revealed in a magazine interview that their relationship broke down because she felt Pete was married to two people: her and Claire. There is also still friction between Pete and Alex, and Kate has told OK! that Pete's outburst to Alex proves he's "not as nice as he seems". 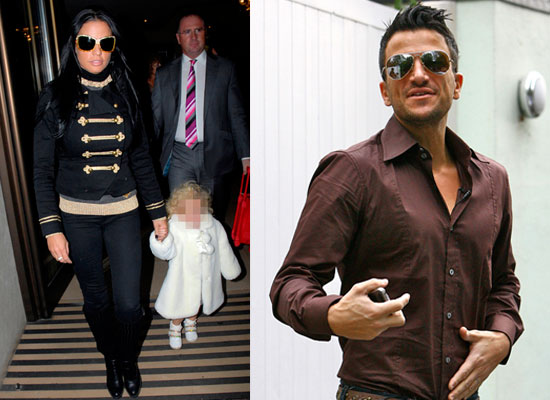