Katy Perry wore another fun PVC dress to perform at the launch of a new VW at Times Square in NYC yesterday. FabUK wants to know do you love or hate her tropical-inspired outfit? She revealed her tattoo that matches Russell's, and had another world premiere to celebrate on the day, as the video for "California Gurls" was released: check it out after the jump! The singer already gave us a peek behind-the-scenes of the shoot, and now we can see Katy in her cupcake bra and all her naked glory alongside Snoop Dogg! 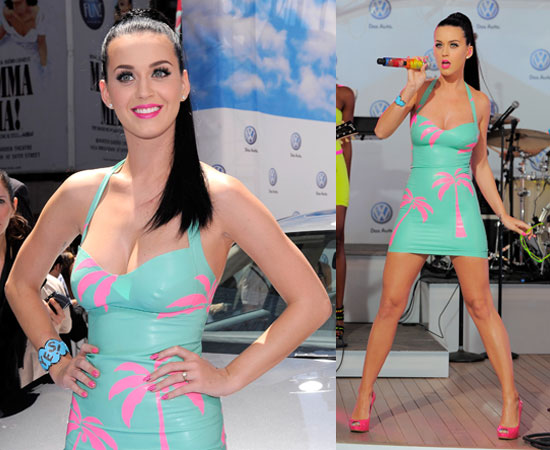