Kiefer Sutherland was joined by his costars for the premiere of 24 season eight last night in New York, where this latest series is set. Familiar faces like Annie Wersching, Mary Lynn Rajskub and Cherry Jones smiled with newcomers Chris Diamantopoulos, Katee Sackhoff, Anil Kapoor, John Boyd and Freddie Prinze Jr, who revealed his excitement about his new role at this week's TCAs. The gang have been busy promoting the show, with Kiefer even wearing a dress on Letterman: check out video footage of his appearance after the jump! Season eight premieres in the UK on Sky1 on 24 Jan., and there could be even more to come as Kiefer has said he's open to more seasons. Get ready by taking my quizzes on season seven. 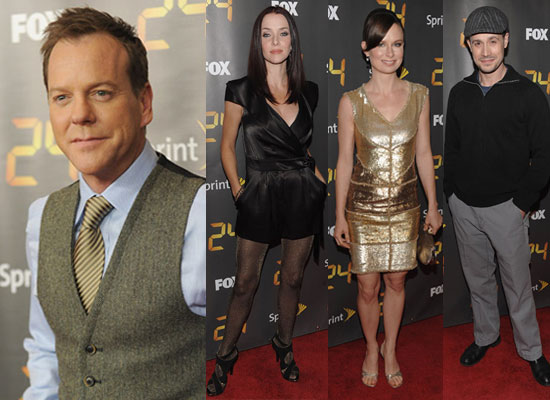 To see video of Kiefer in a dress plus more pictures of the launch, just read more.