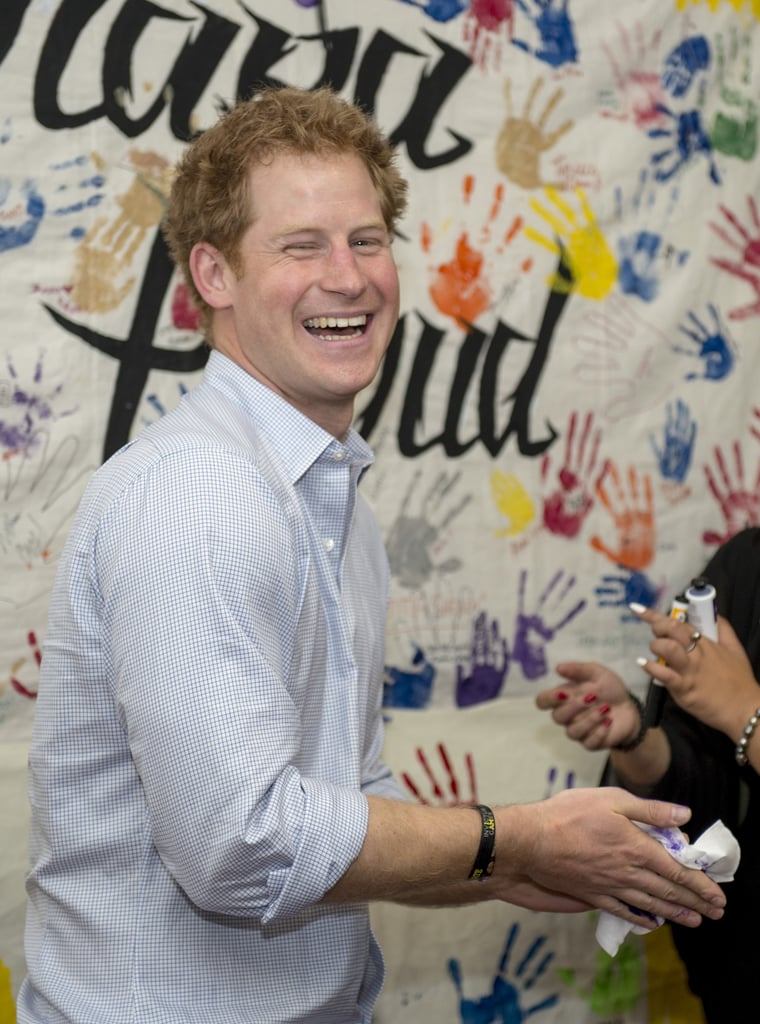 Prince Harry showed off his sense of humour when he planted a purple handprint on a royal photographer's head in New Zealand on Friday. He was visiting the Turn Your Life Around Trust for at-risk youths in Auckland when his hand was painted bright purple so that he could put his handprint on a mural. With a smirk on his face, though, he quickly turned around and put his hand on the head of photographer Arthur Edwards, making everyone in the room crack up. Watch the funny moment in the clip below, then check out the most hilarious signs fans have made for Prince Harry and see the sweet reunion he had in New Zealand with a former teacher.