Russell Brand was a busy bee in London yesterday, appearing on a couple of TV shows. During his appearance on GMTV he spoke about Katy Perry, and said getting married and having children "would be good". He later visited Loose Women and again spoke of his love for Katy, saying she gets on well with his mum and her parents are alright too: check out videos of both interviews after the jump. Russ watched his beloved West Ham at the weekend, and Katy continued her support of the football team by recording a version of the club's song "I'm Forever Blowing Bubbles": listen here. They're such a great couple! 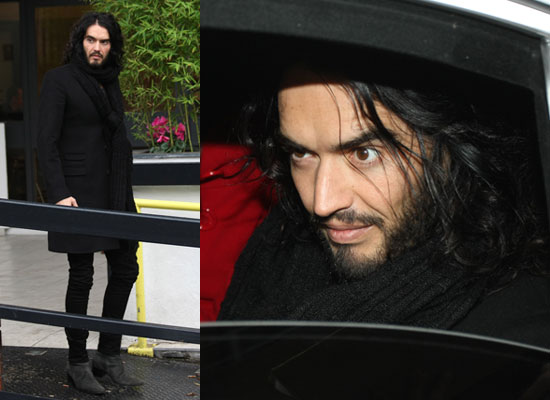