Robbie Williams and Gary Barlow did a day of promotion for their duet "Shame" yesterday, kicking off the day at Radio 1 with Fearne Cotton in the Live Lounge were Robbie sang Take That's "Shine" — check it out after the jump — and later performing on Simon Mayo's Radio 2 show. Take That's first single as a five piece in 15 years premiered on the radio this morning, it's called "The Flood" and features Robbie and Gary on lead vocals. We'll have to wait a week to see the full video but you can take a sneak peek at it under the cut. It's also been revealed that cameras have been following Gary, Mark, Robbie, Howard and Jason around for the past 18 months and the resulting documentary will be shown at cinemas this Christmas. 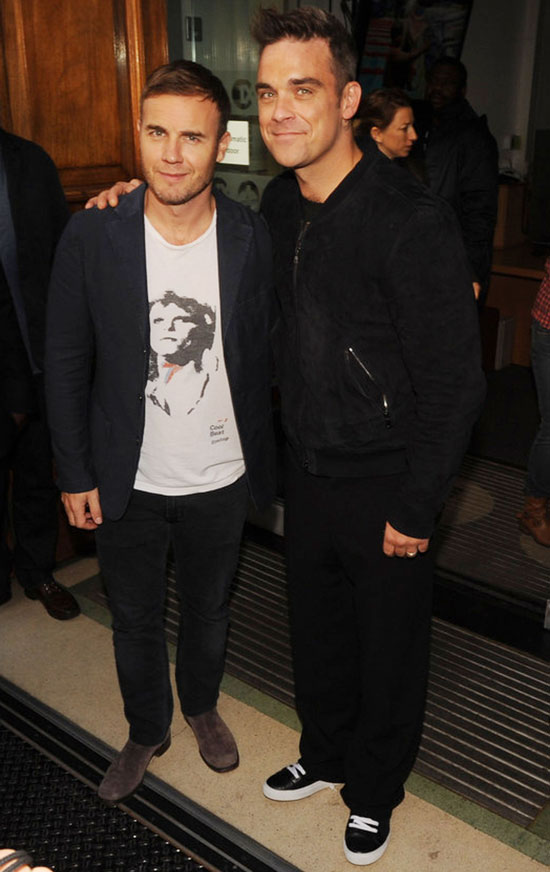 To see more photos, and a sneak peek at the new Take That video, as well as Robbie and Gary on Radio 2, just read more.