Tom Cruise and Cameron Diaz appeared on Top Gear this weekend to try and take their places on the leaderboard as stars in a reasonably priced car. They've been promoting Knight and Day all over the world lately, but both were very excited to take part in this. Cameron's lap was expletive-filled as she tried to work out the gearbox, and Tom took the car up onto two wheels as he took a corner. Check out their appearance after the jump! 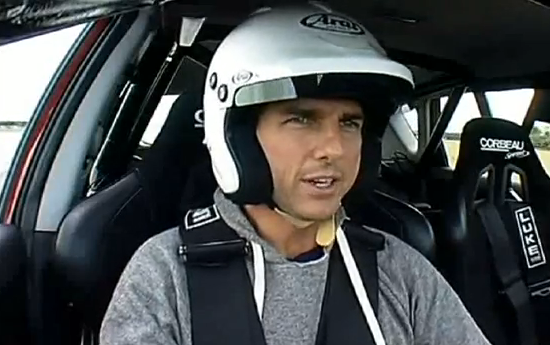 To watch their interview and their laps as stars in a reasonably priced car, just read more.