Tom Hardy appeared on Alan Carr: Chatty Man yesterday. Alan presented Tom with a Rising Star Award, and Tom explained he didn't go to the BAFTAs because he wanted to spend time with his family before flying off to Georgia for his next movie. He revealed that he's signed a sequel deal for Inception, and chatted about his friendship with Leonardo DiCaprio. Tom spoke about how he bulks up, and dished on his role in The Dark Knight Rises. Alan asked Tom about Charlotte Riley, and contrary to reports of a split, it sounds like they're still together with Tom describing her as "brilliant". You can watch the full interview after the jump. 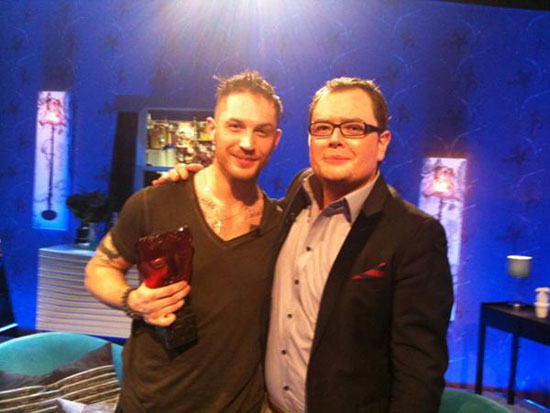