As Kiefer Sutherland joins his costars and photographers at an exhibit for the show in Beverley Hills this week, Sky One have stopped teasing us and have finally announced that 24: Redemption will be airing on Sky One on Monday 24 November at 10pm. That's just one day after our friends in the US get to see the two-hour prequel telefilm, which acts as a bridging episode between Day 6 and Day 7. When I asked back in September how you were feeling about this installment, the vast majority of you were excited, and now we've got a confirmed air date the anticipation is building even more. Watch the trailer after the jump and get excited all over again! 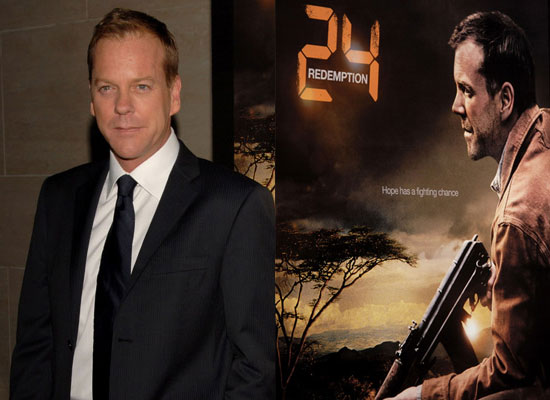 To watch the trailer for 24: Redemption, just read more.