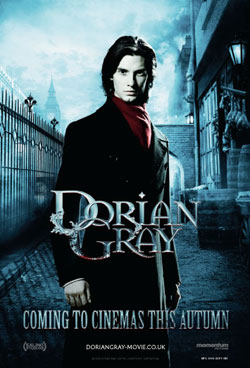 We've seen Colin Firth filming scenes in London, and now we've got the trailer for Dorian Gray. Based on Oscar Wilde's novel The Picture of Dorian Gray, the films follows a beautiful young man called Dorian (Ben Barnes), who embarks on a hedonistic life when he meets by Henry Wotton (Colin Firth) in Victorian London. He is so keen to retain his good looks that Dorian pledges his soul to stay as beautiful as his portrait, with devastating consequences.

Also starring Rebecca Hall, Ben Chaplin, Emilia Fox and Fiona Shaw, the film is released in the UK on 9 September. Check out the trailer and let me know: will you see it or skip it?