Victoria Beckham stopped to sign autographs and pose for pictures following her appearance on The View yesterday. She's been living it up in New York, partying at Fashion's Night Out and showing her third dress collection at New York Fashion Week. When asked about her trademark pout during the TV interview, Victoria said: "I just think that's just me. Maybe it's the way my face falls, I don't know". She also chatted about David, joking: "Everybody says, 'David's so handsome and she's so funny' — I'm sick of being the funny one". She did open up about their relationship, adding: "We're so lucky to have each other. I really feel that with David I've met my soulmate. He's a really amazing father and a really great husband as well." Sounds like all is well in Beckham world, even when they're coasts apart. 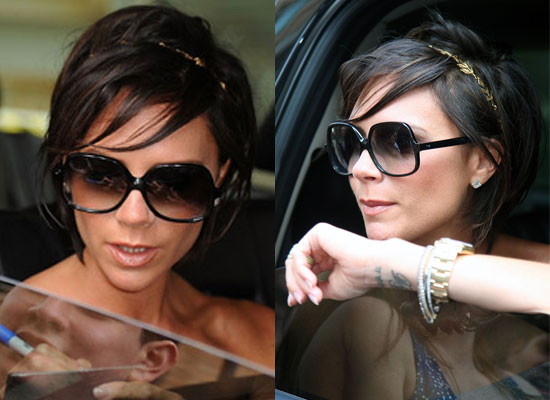 To watch Victoria's appearance on The View, just read more.