Robert Pattinson showed us lots of his many facial expressions during his visit to the NBC Studios in New York City yesterday for his appearance on The Today Show. He chatted about his teeth, Edward's love story, and joked that every rumour about him is true: check out a video of his interview after the jump, as well as his appearance on Regis and Kelly. Robert and his New Moon costars have been taking over the TV schedules in the US this week in the lead up to the film's release today, with their visit to Jimmy Kimmel showing tonight, but now the movie's finally out there the stars will get to enjoy a well-deserved rest. To help deal with Robert-withdrawal symptoms, check out the trailer for Remember Me, watch his interview with David Letterman, and drool over all these pictures of his day in NYC yesterday: enjoy! 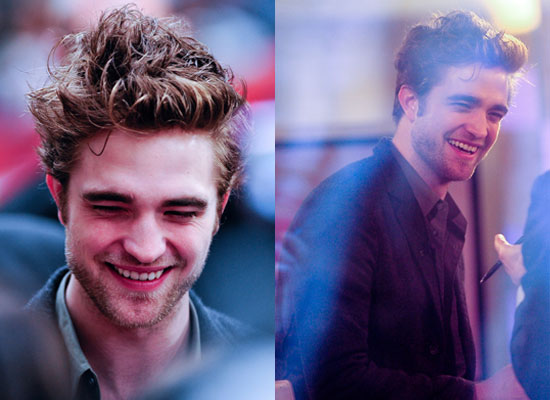 To watch Rob's interviews on The Today Show and Regis and Kelly, and see LOADS more pictures of all his adorable facial expressions at the TV studios, just read more.

Robert on The Today Show

Visit msnbc.com for Breaking News, World News, and News about the Economy

Robert on Regis and Kelly Part 1

Robert on Regis and Kelly Part 2