Katie Price was keen to show off her new wedding ring at BBC Radio One studios today. The newlywed is doing the rounds to promote the new series of her show, What Katie Did Next, and during her appearance on GMTV earlier today she revealed that she and Alex Reid are already trying for a baby: watch footage after the jump. She also responded to the continual rumours that the wedding and relationship is just a publicity stunt, calling reports she's using Alex for money "absolute rubbish". After breaking down during a TV interview, Peter Andre has spoken out about his hopes for his ex-wife, saying: "I’ve just distanced myself from the whole circus. We have both moved on and I genuinely want Kate to be happy". 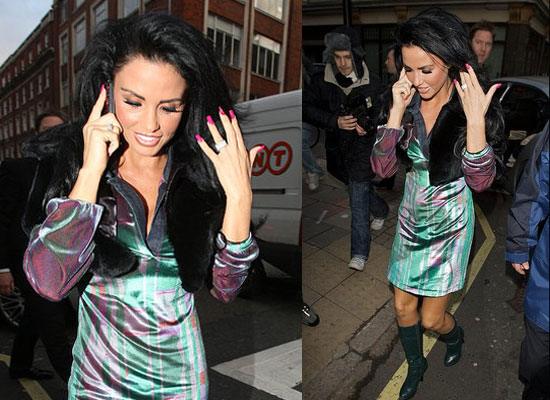