Taylor Lautner partied at Matsuri after hosting Saturday Night Live in New York at the weekend. He opened the show with a funny skit defending Taylor Swift with slick martial arts moves on a mannequin of Kanye West, as payback for his MTV VMA outburst, before kissing a mannequin of his possible girlfriend. It was a cute birthday treat for Swift, who turned 20 yesterday, and Taylor also poked fun at the Team Edward/Jacob rivalry by dressing in drag: check out video of Taylor's SNL appearance after the jump, and find out how to get your hands on those New Moon t-shirts and other goodies by checking out my gift ideas for a Twilight fan. 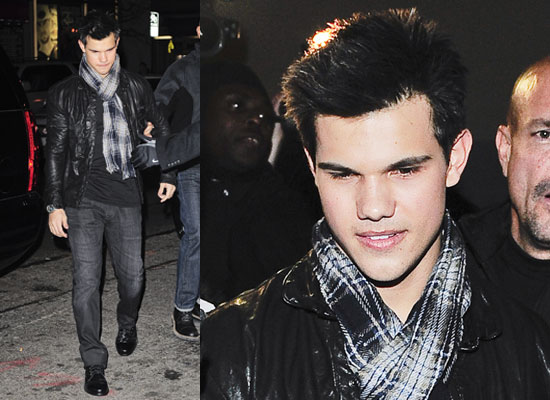