Maya Rudolph, Steve Carell, Allison Janney, Toni Collette, and Sam Rockwell joined the rest of their cast for their Sundance Film Festival premiere of The Way, Way Back on Monday. The movie, which is directed by the team who wrote The Descendants, immediately became one of the most buzzed-about debuts of the festival. The Way, Way Back has already been reportedly picked up by Fox Searchlight. The movie's title refers to the rear-facing back seat in older station wagons, and it takes place at a water park. On the red carpet, we spoke to Maya, Steve, and Sam about some of their best and worst Summer jobs ever. Maya revealed that she lied about her age to get a job at a cool clothing store when she was only 14. Steve, who was rocking a more salt-and-pepper look than we've seen before, joked that he actually dyes his hair gray. Check out lots more from our red-carpet interviews on today's PopSugar Rush! 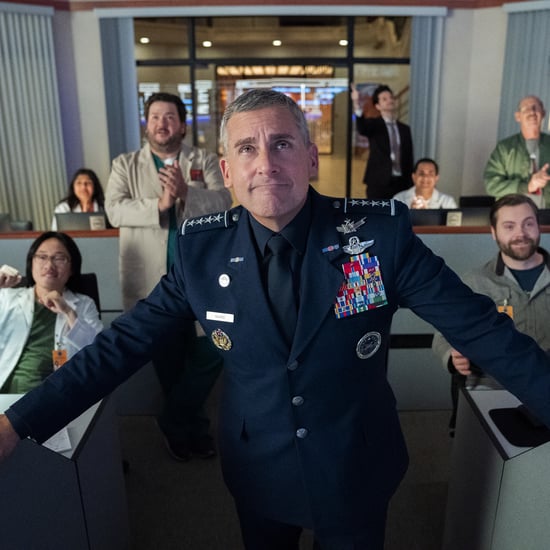 Celebrity Friendships
John Krasinski Wants to Share Good News With the World, So He Reached Out to Steve Carell
by Karenna Meredith 05/4/20