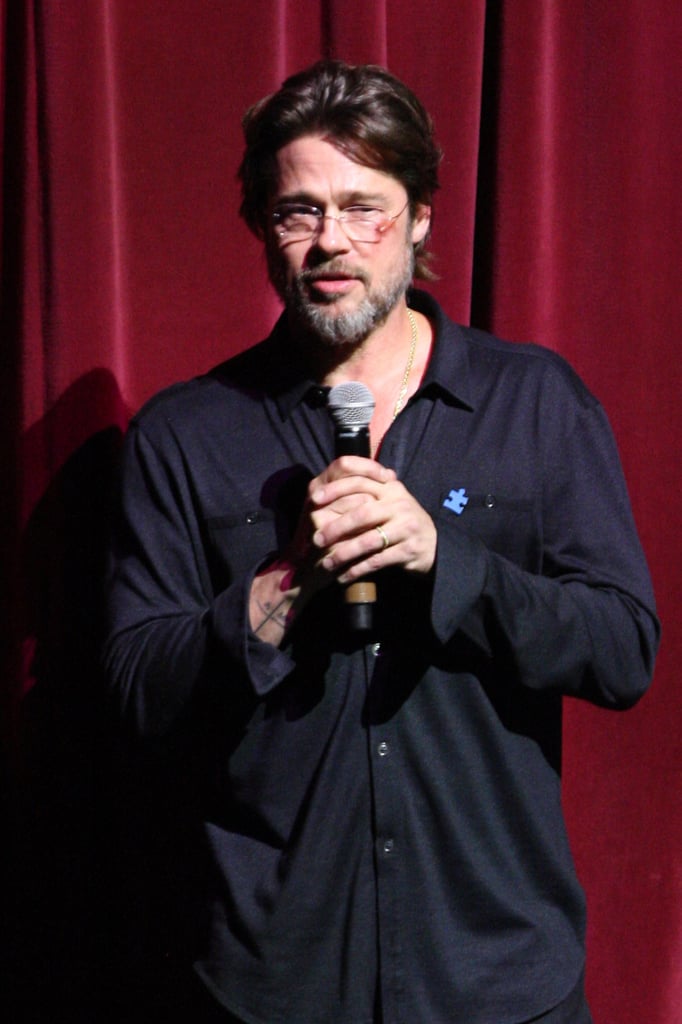 We Can All Blame Brad Pitt's Bruise on . . . Flip-Flops

When you're Brad Pitt, the world is going to notice anything that remotely looks like a bruise. On Sunday, the actor explained what caused a new mark on his handsome mug. "This is what happens when you try to run up steps in the dark, with your arms full, wearing flip flops," Brad said in a statement released to the press on Sunday. "Turns out if you then try to stop your forward momentum with your face, the result is road rash." As it turns out, the incident happened before his scheduled appearance at an Autism Speaks event in LA on Saturday. "Regardless, I wasn't going to miss the Autism Speaks benefit the night after — wonderful people and I was honoured to be a part of this important event," he said. Indeed, Brad didn't shy away from the spotlight, taking the stage and addressing the audience.

That same day, Angelina Jolie returned to the couple's home base in LA. Angelina was busy stunning at the United Nations in NYC on Friday, delivering a speech about the refugee crisis in Syria. Although Angelina and Brad haven't been spotted since showing PDA at Shiloh and Zahara's soccer game in March, the actress brought on adorable moments with their kids at the Nickelodeon Kids' Choice Awards later that month. The fun night followed up her powerful announcement about undergoing surgery to have her ovaries and fallopian tubes removed.