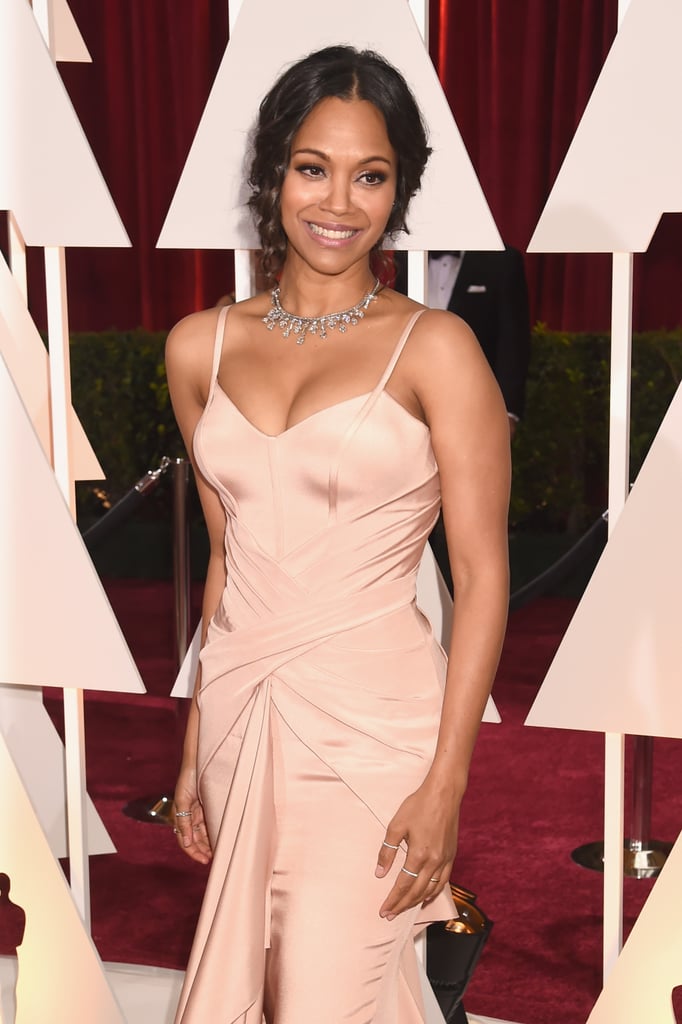 We Know, Zoe Saldana Totally Took Your Breath Away at the Oscars

Zoe Saldana took the Oscars by storm on Sunday night, looking incredible in a blush-coloured Versace gown on the red carpet and later, during the ceremony. Zoe arrived with her husband, Marco Perego, and the two posed for cute photos together before heading inside. Zoe later hit the stage with Dwayne "The Rock" Johnson to present the award for best animated feature film. This is the second time we've spotted Zoe at a high-profile event since she and Marco welcomed their twin sons, Cy and Bowie, at the end of December. She stepped out for the Visual Effects Society Awards in LA earlier this month to honour J.J. Abrams with the visionary award. Keep reading to see more photos from Zoe's big night at the Oscars!