Last week I gave you Part 1 of my Brothers & Sisters Series 2 quiz, so now it's time to test your knowledge of the last eight episodes. WARNING: the quiz contains spoilers for those of you who haven't seen every episode yet. Enjoy! 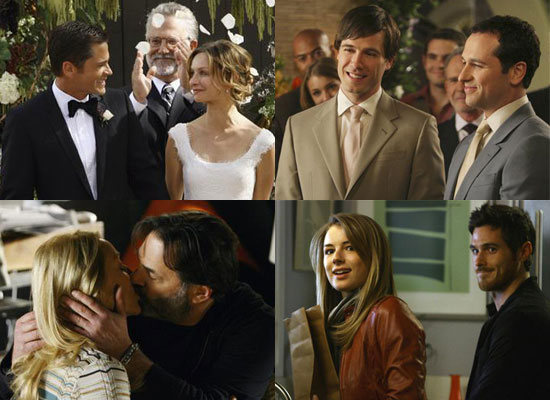 Were You Paying Attention To Series 2 Of Brothers & Sisters?

Who is NOT escorted into a holding room by the Secret Service during Kitty and Robert's wedding?

Which of these secrets is NOT revealed during Nora and Isaac's chaperoned dinner party?

What does Justin tell Tommy he's replaced his drug addiction with?

Where does Sarah end up after her evening of karaoke with Kevin?

What does Isaac ask Nora to do in Episode 13?

Who is the first person Rebecca tells about David being her father?

What happens when Ojai Foods finds itself $20million in debt?

Who kisses at the end of the final episode?