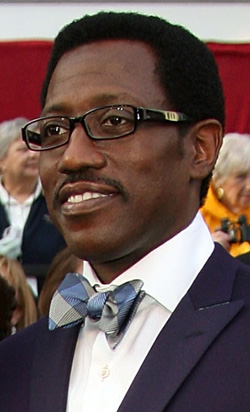 Blade star Wesley Snipes has been sentenced to three years in prison for his three convictions for tax evasion.

In February Wesley was convicted for not filing tax returns in 1999, 2000 and 2001, and he has received the maximum sentence – a year in prison for each – despite his lawyers calling for leniency, saying the star was of good character.

Fellow actors Woody Harrelson and Denzel Washington were among those who have sent character references to be considered in the case. Wesley was cleared of fraud and conspiracy charges at the beginning of February.

Prosecutors claimed that the actor owes $41million in taxes, of which he paid $5million at the sentencing as a "gesture of goodwill". Wesley's defence puts the figure at $227,959.