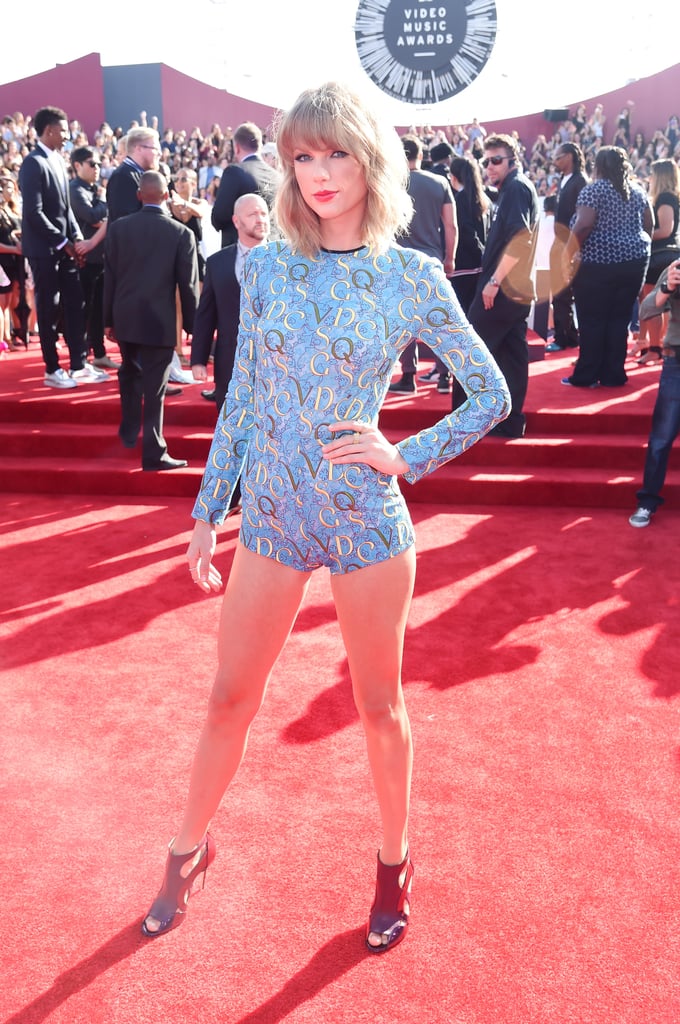 Taylor Swift put her mile-long legs on display on Sunday night when she attended the 2014 MTV VMAs in LA while wearing a sexy jumpsuit/leotard. The singer wan't up for any awards this year, but she did perform during the event, just one week after she dropped her music video for "Shake It Off." Of course, Taylor isn't the only star at the awards show — be sure to check out all the red carpet arrivals from the MTV VMAs for more!